Gary Barlow has recruited an all-star band for his upcoming BBC One music show, 'I'm With The Band', featuring the likes of Jamie Cullum, James Bay and Tom Fletcher of McFly.

Gary Barlow has landed a new BBC One music show, 'I’m With The Band'. 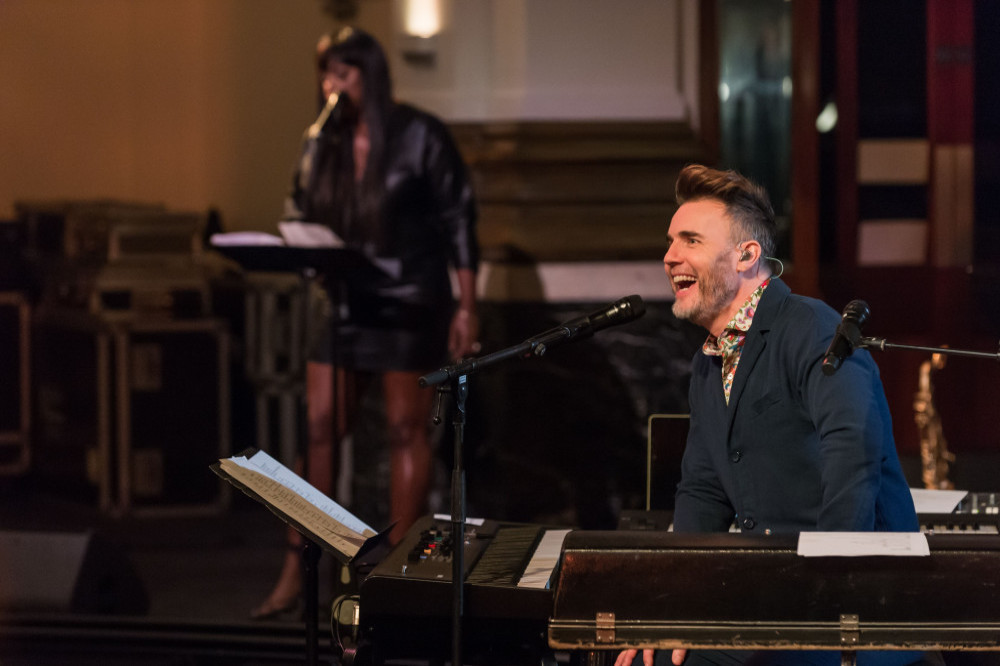 Gary Barlow's I'm With The Band

The starry entertainment programme - which is co-produced by the Take That frontman and  Penny Lane Entertainment - will see him "bring together a supergroup of artists and musicians to perform classic songs from past and present" and is inspired by his lockdown 'Crooner Sessions', which saw him duet remotely via Zoom with the likes of Sir Elton John, Ronan Keating, Queen's Brian May, Rick Astley, his old bandmate Robbie Williams, and more.

The 50-year-old singer has unveiled his all-star band for the show, featuring Jamie Cullum on keys and vocals, James Bay and Tom Fletcher of McFly on guitars and vocals, plus Guy Chambers (keys and musical direction), Mica Paris (vocals), Danya Fisher (bass) and Donavan Hepburn (drums).

The 'Back For Good' hitmaker will also be joined by a host of special guests, including Anne-Marie, DJ Nathan Dawe and rapper MoStack, and Craig David, who will perform with the supergroup and talk about their respective careers.

Gary said in a statement: “A key reason for me doing this show for BBC One was that I just wanted to get in a room with a load of people I love and respect and play music. We're aiming to give artists a platform and place where they can perform and have fun. It’s simply a musical treat for everyone who loves watching the best musicians performing great songs from any genre and any decade."

Owen Courtney, Commissioning Executive, BBC Music TV, commented: “I’m delighted that Gary Barlow has brought such a wonderful collection of talented artists together for this BBC One show and that the BBC can continue to bring musical performances such as this to audiences, at a time when live shows are on hold. I know it will be a very special evening.”

Lee Connolly, Executive Producer, Penny Lane Entertainment, added: “Artists and musicians love to perform, and I'm With The Band (w/t) creates a platform for them to do just that. Gary continues to show, with his Crooner Sessions, how much fun it is to collaborate with fellow musicians and I'm With The Band (w/t) takes this concept further by creating a bespoke environment where artists can relax and do what they do best.”