'I Still Believe' singer Frank Turner "nearly cried" when he stepped back into a live music venue for the first time during the coronavirus pandemic.

Frank Turner "nearly cried" when he walked back into a music venue for the first time in months. 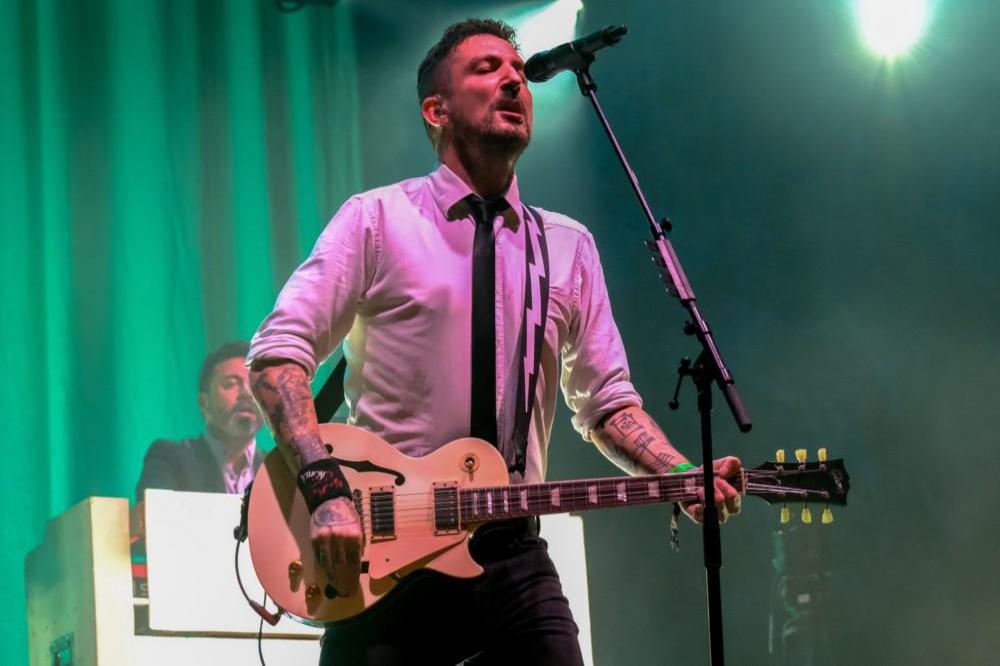 The 'I Still Believe' singer had to cut his tour short in March this year due to the coronavirus pandemic, and he kept his fans - and himself - entertained with a series of weekly livestream fundraisers playing his albums in full to benefit a specific venue.

For the penultimate event, he swapped his London flat for the Grand in Clapham as he performed in an empty room.

Reflecting on the experience, he exclusively told BANG Showbiz: "I was walking into a room that I knew as an ideal of a gig venue.

"It was walking in through a kitchen, into a big live room, up a ramp at the side of the stage, up a flight of stairs to a dressing room with an undersized bin and a crappy mirror.

"And then being on stage with a front of house, a wedge, and a mic stand - I nearly cried. I'd forgotten, this is home."

He later returned to the Grand for the second time as part of a government pilot scheme which - besides not being financially viable as a model for most venues - included restrictions on singing along.

On the value of a live performance, Frank explained: "The thing that we've realised is that the gathering together is the essence of a live show, and you can't meaningfully sidestep that.

"It's not the same thing. The best part of a show - the part where a show because worthwhile is when it becomes a conversation rather than a monologue, when there's a reply in terms of energy and noise."

On Sunday night (09.08.20) Frank will be performing with his band The Sleeping Souls for the first time in months as part of a ticketed livestream, which will help them out collectively after they took a financial hit during the pandemic.

He said: "I'm excited to finally be reuniting with the guys in my band, The Sleeping Souls, for the first time since February. We've really upped our game technically for this show - full band, 5 cameras, full production. And it's a milestone, show 2,500, so it'll be a special evening."

It's a slow return to normality for Turner, who acknowledged it will be a long time until the live music scene can exist in the same way it did before.

He added: "I had this image of stepping onto a stage - even if it was Nambucca or whatever - 200 people crammed in and starting with 'Prufrock' or something.

"I dunno, I don't think that - that will happen at some point, but it probably won't be a night and day thing."