Wu-Tang Clan stars RZA and Raekwon appear to have ended their rift and are working together again on the rap collective's new album 'A Better Tomorrow'.

Raekwon recently insisted he would not be part of the album because he disagreed with RZA's vision for the project, prompting the producer to warn fans that he was considering dumping the whole thing if his bandmate refused to be a part of the recording process.

Last month, RZA told Sports Illustrated, "The album is slated to come out in July. If we don't come to terms in the next 30 days, then this will either be an album without Raekwon or an album that never sees the light of day. That's a strong potential, because I would not want to put out a Wu-Tang album without every live member available".

But the project has been given a boost thanks to a new post on the group's website, which reads, "Raekwon scheduled to hit studio to complete verses for album".

A Better Tomorrow will be the Wu-Tang Clan's first album release since 2007's 8 Diagrams. 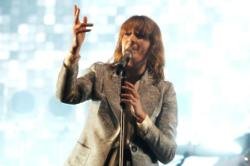