The Haim bassist suffers from type one diabetes - a condition where the body cannot control blood sugar levels because of problems with the hormone insulin - and after forgetting to eat before her performance at the 2013 festival, she was in danger of slipping into a coma. 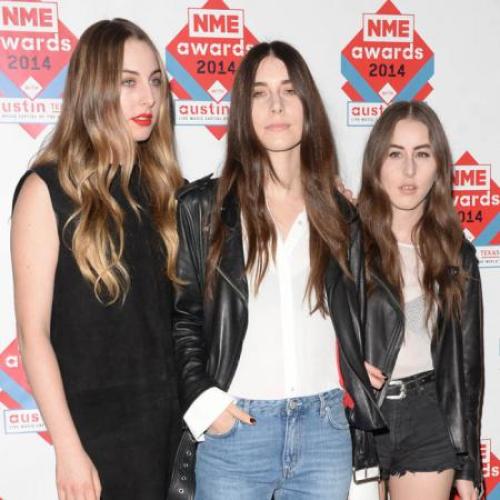 She told BBC Newsbeat: "I think we've had a lot of trials and tribulations on the road, there have been a couple of little mishaps.

"Glastonbury being one of them when I almost died.

"I was so out of it that I just didn't remember that I hadn't eaten. By the sixth song, I could feel my blood sugar levels plummeting really really fast. My eyes were kind of fluttering in the back of my head."

Este left the stage and her quick-thinking manager was able to boost her sugar levels quickly.

She explained: "My manager, he's the best manager in the world, he had to put chocolate on his finger and stick it in my mouth.

"[He had to] put it on the side of my cheek and rub it for a good two minutes before I could get back on stage.

"I did the rest of the set sitting down like BB King."

Este says she and everyone around her are now more careful to make sure she has "her fuel for the day", but life on the road makes it tricky to manage her illness.

She explained: "It's due to the fact that your hours are always so different and food is never really constant."