Eagles of Death Metal have dedicated their BRIT Award nomination to their supporters after the Paris shootings last November. 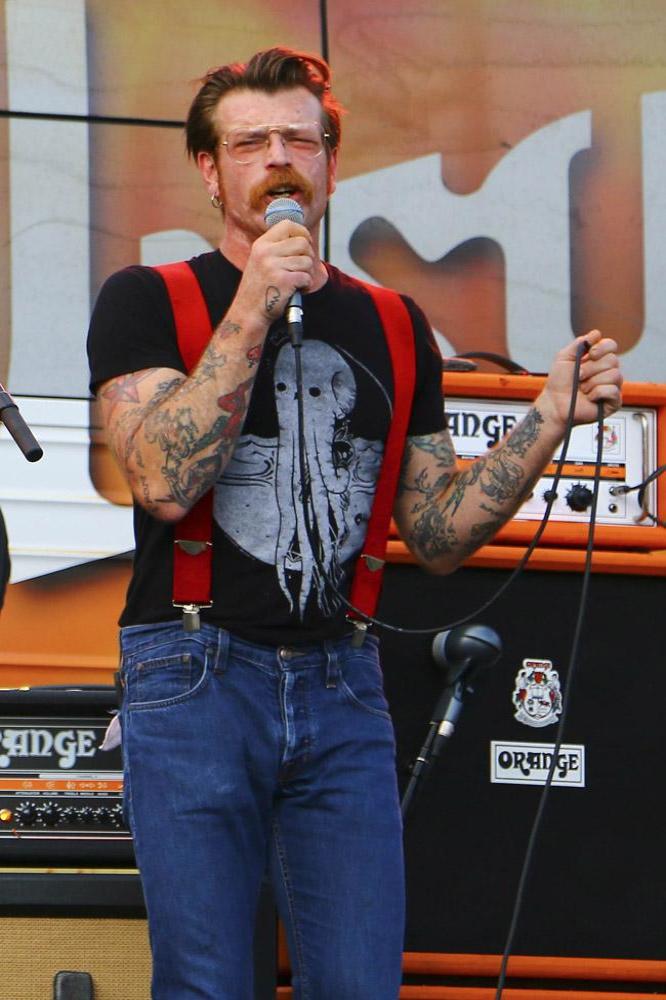 The rock band are up for International Group at tonight's (24.02.16) BRIT Awards at London's The O2 and are touched by the nod, which was a nice surprise for the 'I Want You So Hard' rockers after a traumatic few months, after they were caught up in the terrorist attacks in Paris, France, where their concert at Le Bataclan theatre was stormed by gunmen.

Of their first BRIT nomination, frontman Jesse Hughes said: "It's still overwhelming to think that EODM has been nominated for a BRIT Award. We would like to dedicate this recognition to everyone who has shown us love and support since November, and before then.

"The reception we've received since coming back to Europe has truly been humbling and has helped us get back to doing what we do - playing kick-ass butt-shaking rock n roll music.

"Tonight we're looking forward to celebrating that great music, having fun and hanging with our friends."

The American group - also including guitarist Josh Homme - will go head-to-head with Alabama Shakes, Major Lazer, Tame Impala and U2 for the International Group prize at the ceremony, which is sponsored by MasterCard and will be broadcast live on ITV from 8pm tonight (24.02.16).