Deryck Whibley was "blown away" working with guitarist Dave Baksh again on the new Sum 41 album. 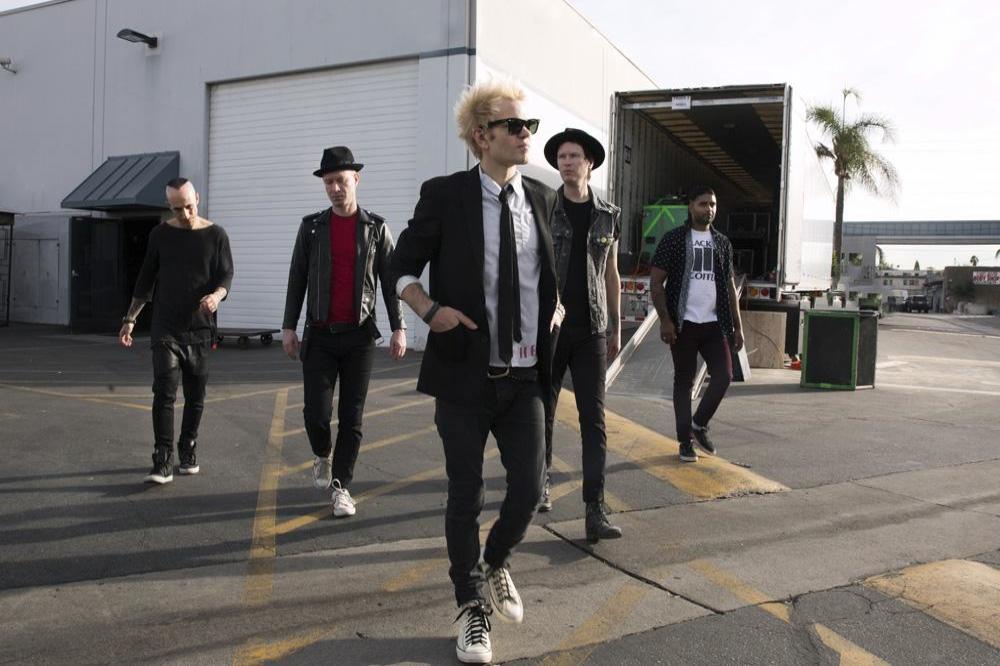 The band are getting ready to release their sixth studio LP '13 Voices' this October and it is the first record guitarist Dave has worked on since 2004's 'Chuck'.

Deryck admits reuniting with Dave after over a decade was incredible and he knew his return would work from the first jam.

Speaking to Kerrang! magazine, he said: "It was great and felt like there was no time apart. When Dave came to my house and played on the song 'Goddamn I'm Dead Again', I was blown away. It reminded me of how easy and well we work together."

Sum 41 have just released first single 'Fake My Own Death' from the album and Deryck believes the dance and R&B dominated charts need his group's hard rock sound right now.

The 36-year-old frontman said: "I feel that the current state of music is not very rock and I wanted to release ('Fake My Own Death') because it's undeniably rock. It's not pandering, and it's not trying to be something we're not - it's just a band rocking out."

As well as seeing the return of Dave, '13 Voices' is also the first Sum 41 album to feature second drummer Frank Zummo, who replaced founding member Steve Jocz in 2015, and is the first LP the rockers have recorded as a five-piece.

Deryk - who is married to model Ariana Cooper and was previously wed to Avril Lavigne from 2006 to 2010 - previously admitted making the new music had "saved" his life after being hospitalised with severe liver and kidney problems caused by his alcoholism.