The Cure's Simon Gallup was replaced by his son Eden at the band's Fuji Rock Festival show in Japan as the bassist dealt with a "serious personal situation".

The Cure bassist Simon Gallup's son Eden Gallup stepped in for his father at Fuji Rock Festival after he was forced to sit out the show due to a "serious personal situation". 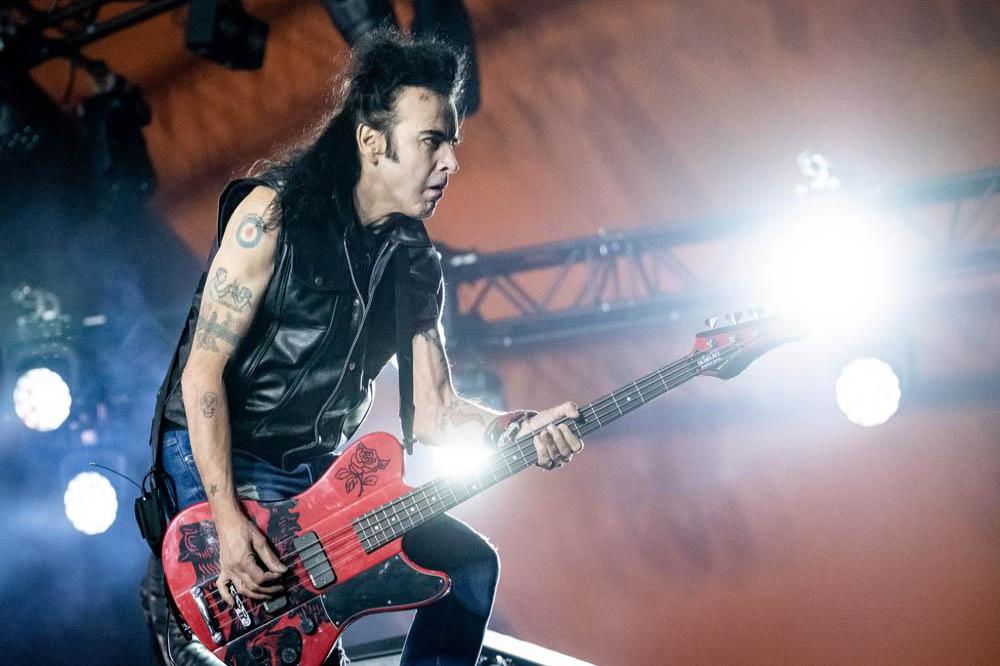 Robert Smith and co decided to go ahead with the Japanese gig on Sunday (28.07.19), without the 59-year-old band member, to avoid disappointing their fans and they brought out his 29-year-old musician son as his replacement.

In a statement, the 'Friday I'm In Love' band said: "A serious personal situation affecting our bassist Simon arose after the Paleo Festival show on Thursday, and as a consequence Simon was unable to travel with us to Japan.

"Very reluctant to disappoint our wonderful Japanese fans, and after much discussion, we decided to go ahead with our Fuji Festival headline on Sunday."

The 'Just Like Heaven' hitmakers didn't divulge what the "personal situation" was but they promised Simon will be back on stage on Saturday (03.08.19) for their Moscow gig and the rest of their summer festival dates.

They added: "We're very grateful to Ed for reaching out across the generational divide to help us out, and join him in welcoming his dad back for our seven remaining summer festival shows."

The Cure headlined Glastonbury in June and are set to release their first studio album in more than a decade.

Robert can't wait for fans to hear the finished record as they "enjoyed" the creative process so much.

He said previously: "We've enjoyed it and we've just recorded a new album for the first time in 10 years."

Although the band have finished their new album, the highly anticipated record is not titled and has no release date as of yet.

The 60-year-old frontman also added the band had made a comeback for the "right reasons" and while the group may cover different styles of music, the new record still "sounds us" because "it's us doing it".

The Cure were selected to be honoured in the Rock and Roll Hall of Fame in March and were inducted by Nine Inch Nails frontman Trent Reznor at the Cleveland ceremony.