The Cure, Major Lazer and Hot Chip to headline Bestival

The Cure will headline Bestival 2016.

The 'Just Like Heaven' hitmakers will return to the popular UK festival, which is their "favourite to play", on Saturday September 10.

The Cure's Robert Smith - who last played at the festival five years ago - said: "We are very very happy to be back at our favourite festival; we can't wait to play a special set to show the future is what it used to be."

The last time the group - consisting of Robert, Simon Gallup, Roger O'Donnell, Jason Cooper and Reeves Gabrels - played the festival in 2011, they were almost pulled off stage after playing all their greatest hits for over three hours.

Festival organiser, Rob da Bank said: "So, here we go again, but this time we're going far ... far away... into the future. Prepare yourselves for a Bestival unlike any other with futuristic new stages, and as ever it's a broad church of music from every decade and every genre. Saturday night headliners, and one of my favourite bands ever, The Cure, played Bestival five years ago and almost had to be dragged off stage after a three-hour mammoth greatest hits set. Robert popped down last year and we shook hands on it all happening again ... bring it on!"

Electronic group Major Lazer and Hot Chip are the other headliners confirmed so far, with Sunday's top act yet to be announced.

Animal Collective, Bastille, The Human League, Years & Years, Craig David, Katy B and Wolf Alice are all part of the line-up.

On their headline slot, Major Lazer commented: "We started at Bestival five years ago, and it was one of our favourite shows to date. Feels like home for us ... Rugged and real music fans ... Since then we finally impacted in England, and we can't wait to do our new show and play all the records for the fans at one of the best festivals in the world!"

Bestival takes place on Robin's Hill on the Isle of Wight over the weekend of September 8 to 11. Go to Bestival.net for more information. 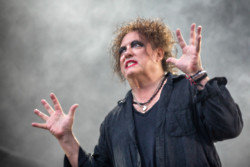 Robert Smith suggests The Cure's next albums will be their last 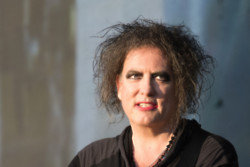 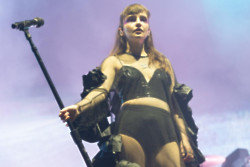