Courtney Love has given Post Malone her full backing for his Nirvana live-stream to raise funds to help in the fight against Covid-19.

Courtney Love has given her seal of approval to Post Malone for his Nirvana live-stream tribute. 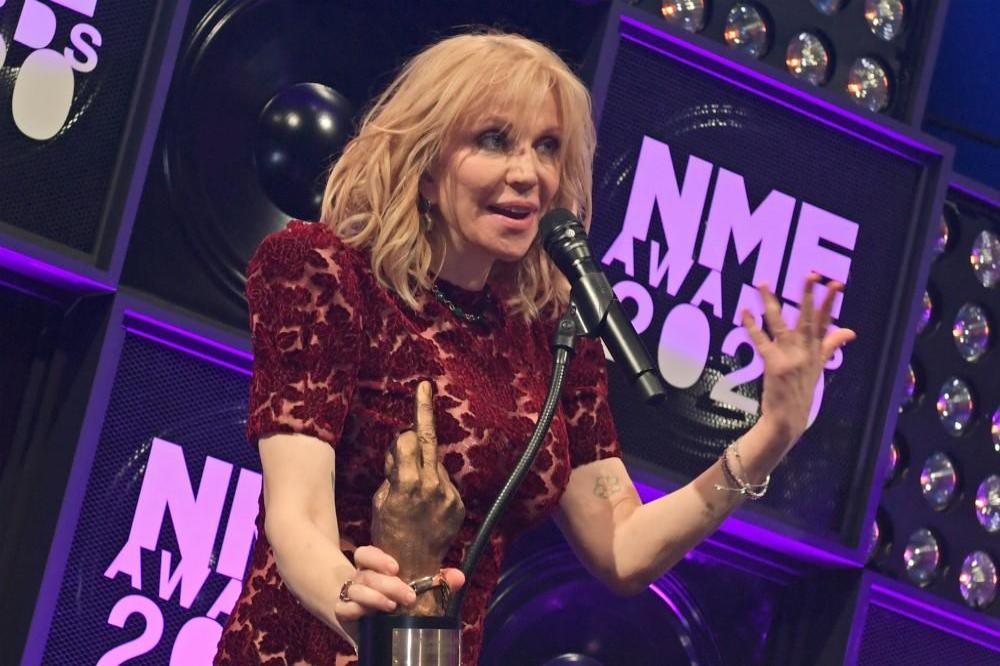 The 'Circles' rapper is set to perform hits by the grunge legends this Friday (24.04.20) alongside his own "fan favourites" on YouTube to raise funds for the Solidarity Response Fund for the World Health Organisation (WHO) in the fight against Covid-19.

Google has also announced they are matching donations up to $5 million.

And Nirvana's late frontman Kurt Cobain's widow, Courtney Love, has given Post her full support to use the songs and pay homage to her husband who she hailed for inspiring "kids" to "sing and play" his beloved music to "fight and hunt" and "eradicate this f***ing Covid-19 virus".

She wrote on Instagram alongside a news article for the live-stream: "Thank you @postmalone @who ( worldhealthorganization) & @googlewho will match 5 million $ in donations . Thank you beloved @coreresponseand the amazing @nhs ( profound to watch this amazing health care system working = inspiring ) thank you mighty kc for writing these songs with your elegant and monkeyed hands that the kids still want to sing and play and hear and use to fight and hunt and cure and heal and eradicate this f***ing covid19 virus. I approve the usage . Good luck mr malone. (sic)"

The 'Rockstar' hitmaker is a major Nirvana fan and even has tattoos inspired by the 'Come As You Are' rockers, with his Stay Away face ink inspired by their song of the same name, whilst he has Kurt - who passed away at the age of 27 in April 1994 - tattooed on his knuckle.

He's previously covered their songs, including 'Nevermind' and 'Lithium', which he played at Coachella back in 2016.

Fans can head to Post's YouTube page at 11pm BST/6pm EST for the live-stream.

Dave Grohl is unsure about the Nevermind box set