Claire Richards - whose debut solo album 'My Wildest Dreams' is out now - says it would be her dream to collaborate with Celine Dion, because she is her idol.

Claire Richards says her dream collaboration would be with Celine Dion.

The Steps star has just released her debut solo album 'My Wildest Dreams' but she is already thinking about new musical projects and admits she would love to get in the studio with her idol, and she hopes to get the chance to pitch for a duet when she supports the 'My Heart Will Go On' hitmaker at her Barclaycard presents British Summer Time Hyde Park 2019 concert in July.

Speaking exclusively to BANG Showbiz, Claire said: "I am gonna be supporting Celine Dion in Hyde Park in July. She is one of my absolute idols and as daunting as that might be she would be amazing to sing with."

Also at the top of Claire's wish list for duets is Michael Buble because she just loves his singing style.

She said: "Michael Buble too, I love his voice, I'd love to sing with him. Anybody that can really belt out a good tune would be great."

Steps reunited in 2017 for a tour and new album 'Tears on the Dancefloor' and will be following up that LP with a new record.

When Claire, 41, told her bandmates, Faye Tozer, Lisa Scott-Lee, Ian 'H' Watkins and Lee Latchford-Evans she was working on a solo album they were all super supportive.

She said: "They were and have been really supportive and kind of excited because they know it's something I've wanted to do for ages. I think I've been telling them for years, as well as everybody else! They were great and have been great and H sent me a photograph of his pre-order confirmation the other day, bless him!"

Claire's latest single is 'Shame On You' and she insists it was one of the songs she definitely wanted included on the tracklist because it is an empowering anthem for women.

She said: "I loved this song, I wanted to put a couple of up tempos on the album. It's quite an empowering 'I'm in charge' kind of song and that's what I really liked about it. As well as being a quite up-tempo dancey song the lyrics are not just a rubbish throwaway kind of thing."

James Corden jokes Adele is 'difficult to buy for' 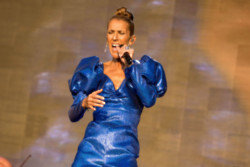 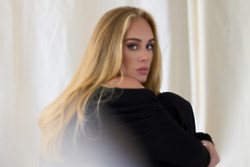