Boy George and Culture Club have announced a series of outdoor concerts this summer across the UK. 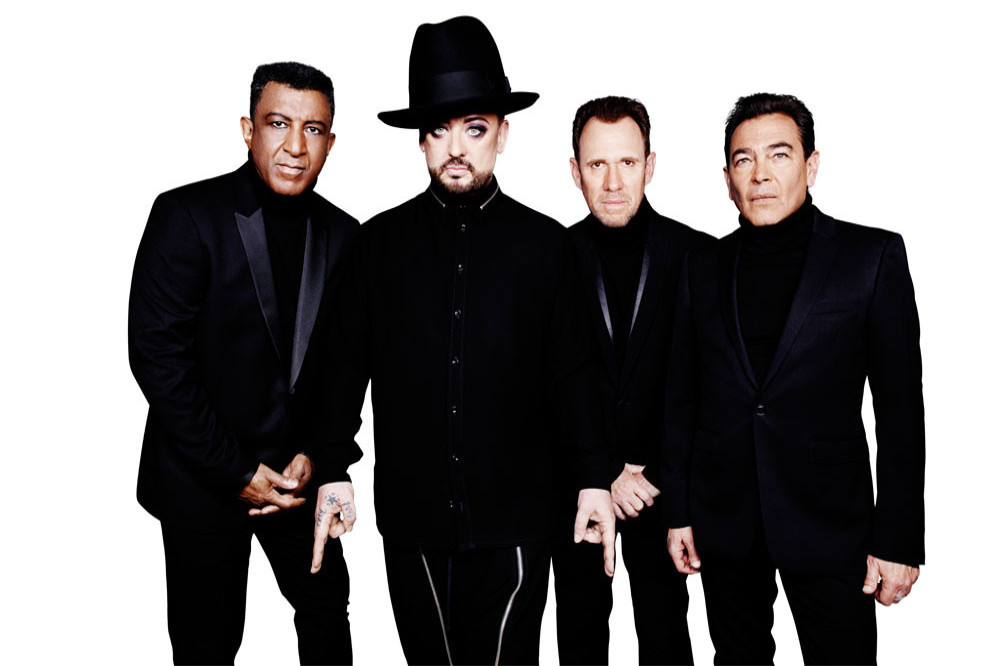 The 'Karma Chameleon' hitmakers will play Kenwood on Hampstead Heath in London on June 26, which guarantees to be a special night as it will follow the frontman's 60th birthday on June 14.

They will then head to the South of England Showground in West Sussex on July 17, before hitting up Englefield House in West Berkshire on July 24, and Audley End House & Gardens in Essex on August 12.

The chart-toppers will be joined by fellow 80s stars Bananarama at Kenwood, Ardingly and Audley End, while 'Shout' hitmaker Lulu and DJ Fat Tony will be special guests at all shows.

The Heritage shows will follow their global live-stream, 'Rainbow In The Dark' , in December.

The concert was first announced for November, 2020 as a broadcast from the Royal Albert Hall, but then the UK went into a national lockdown. Months later, it was announced that the event would take place at The SSE Arena, Wembley with a socially-distanced crowd, but in the end it went ahead as a virtual gig.

The pre-sale for those signed up will then take place on April 21 from 9am, with general sale tickets made available the following morning.