Bono makes "animal noises" to warm up for U2's concerts. 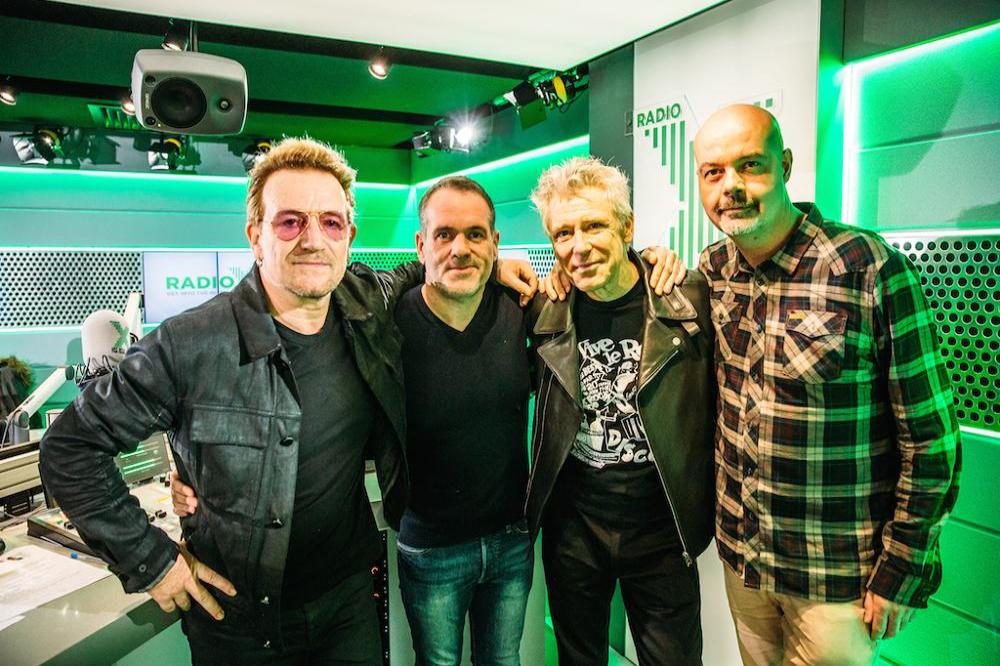 The 55-year-old singer prepares his vocal cords by shouting, singing and emitting chicken-like clucks before taking to the stage on the band's current 'Innocence + Experience Tour'.

However, he will only do his warm up routine on his own as he'd be embarrassed if anyone saw him going through his pre-gig ritual.

Speaking to Chris Moyles on his Radio X breakfast show, Bono revealed: "I make animal noises before I go on stage, I've heard other singers, and people you really admire in the TV studio, doing the same thing. I could never do that, I couldn't do it in public, but I do now, I make those clucking sounds. If you happen to be in a bathroom near U2's dressing room, that might be me."

While Bono clucks like a chicken, his bandmate Adam Clayton warms up his "wrist" before taking to the stage.

Despite the rock band's four-decade spanning career, the bassist admits he still gets nervous about performing some songs and at the moment he always gets butterflies about playing 'Cedarwood Road' and 'Idris (Hold Me Close)' from their latest LP 'Songs of Innocence'.

He admitted: "There are certain songs that I have a little bit of anxiety about, for the first 10 years 'Streets' was one of those. 'Cedarwood Road' is like that at the moment and 'Iris', another 10 years and I'll probably have no anxiety around them. I genuinely feel nauseous on the day of a show, I wake up and feel a little odd."

U2 - also comprised of The Edge and Larry Mullen Jr. - were speaking on The Chris Moyles Show on Radio X which is broadcast every week day between 6.30am and 10am via the digital radio platform D1 and on 104.9FM in London and 97.7FM in Manchester.

tagged in Adam Clayton Bono U2