Blake Shelton is to perform at a pre-Super Bowl gig in New York City organised by bosses at drinks giant Pepsi in support of American military veterans.

The show, hosted by comic Jon Stewart, will take place at a temporary venue set up in Manhattan's Bryant Park on Friday January 31 ahead of Sunday's Super Bowl at the MetLife Stadium in New Jersey.

Pepsi executives will present officials from the Bob Woodruff Foundation with a cheque for $1 million (£625,000) during the event to help fund the charity's ongoing work with injured American soldiers and their caregivers.

The performance will also be streamed online for fans.

Pepsi CEO Indra Nooyi says, "As our country comes together to enjoy and celebrate Super Bowl Sunday, we should also celebrate those who make this day possible, our men and women in uniform. The Bob Woodruff Foundation does incredible work to help our nation's veterans and we are honoured to support their mission". 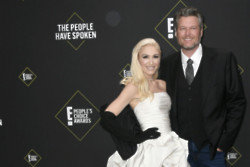 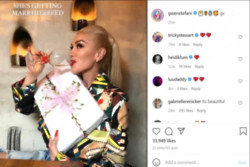 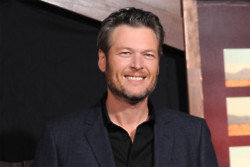 Blake Shelton makes friends with opossum: 'I ended up hanging out with it'