Black Sabbath were reunited with their estranged drummer Bill Ward at the Grammy Salute To Music Legends over the weekend. 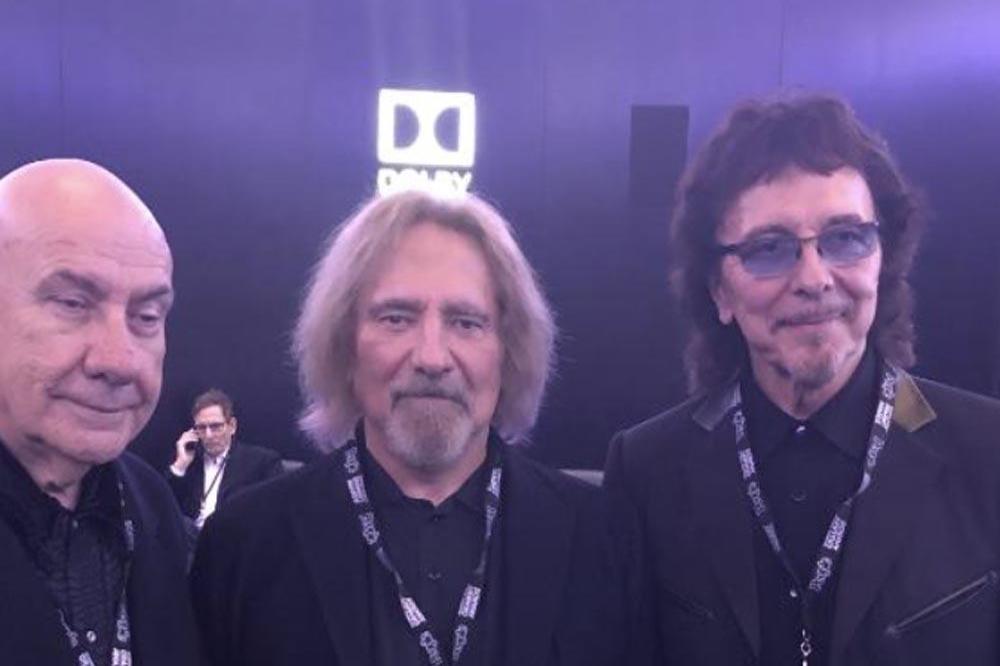 The 'Paranoid' group were honoured by The Recording Academy with a Lifetime Achievement Award and the 71-year-old guitarist and 69-year-old bassist were pictured with the 71-year-old drummer as they attended the special tribute event at the Dolby Theatre in Los Angeles on Saturday (11.05.19).

The evening saw Rival Sons - who supported the band during their final 'The End World Tour' - perform for the heavy metal legends.

Whilst Butler took to Twitter to share a picture with Ward backstage, and captioned the snap: "Last night at the #grammy #LifetimeAchievementAwards #TonyIommi #BillWard."

The last time Ward and the band were together was at the 2015 Ivor Novello Awards, where they were handed the Lifetime Achievement Award in London.

The sticksman was set to reunite with the 'War Pigs' rockers - completed by frontman Ozzy Osbourne - in 2015, but opted out of the group's reunion over what he called an "unsignable" contract.

All four original members had announced the reunion was on in 2011.

However, he parted aways with his bandmates a year later.

The trio continued and released their last record '13' in June 2013 and embarked on an extensive tour without Ward.

For their last ever performance in their hometown of Birmingham, in February 2017, Sabbath had session drummer Tommy Clufetos replace the drummer.

Commenting on touring without Ward, Iommi said at the time: "'It would have been nicer to have Bill with us but unfortunately it never happened."

Osbourne added that he was determined they would make a mends.

He said: "At some point I wanna call him. I still love him, he's still my brother, but yuo have arguments. To be honest with you, I don't know what the f**k happened because I don't do the business side of it. I'm sorry Bill couldn't work something out, I really am. (But) I'm really glad we did this tour."