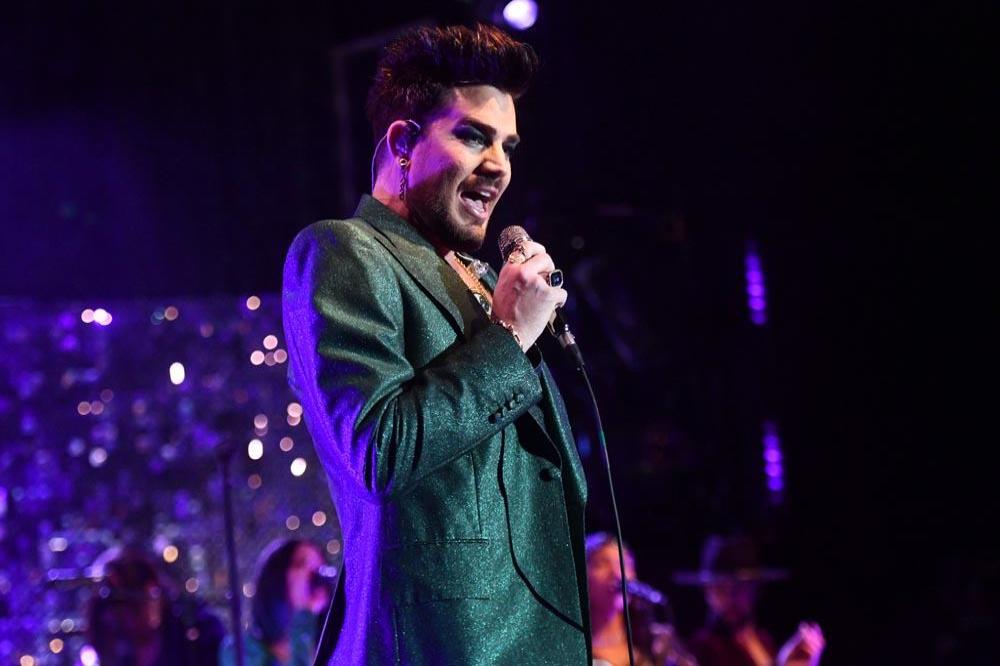 As well as embarking on 'The Velvet Tour' in Europe - which kicks off on August 30 at Manchester Pride and concludes in Helsinki on September 12 - in support of his solo LP 'Velvet', the 'For Your Entertainment' hitmaker will perform at The Venetian Resort Hotel & Casino in Sin City on April 22, 24 and 25.

Plus, the pop star - who releases his record on March 20 - has also released his new song, 'Roses', featuring Chic legend Nile Rodgers.

It's an extremely busy time for the 'American Idol' alumni, who is also set to head on tour with Queen on 'The Rhapsody Tour', which will see the rock legends play six shows at London's The O2 arena.

Brian May, Roger Taylor and Adam - who sings in the place of late frontman Freddie Mercury - will bring their spectacular new live show to the UK in June, kicking off with a mini residency at the North Greenwich venue between June 2 and June 9, before a stop at Manchester Arena on June 11.

The tour comes off the back of the blockbuster Queen musical 'Bohemian Rhapsody'.

Meanwhile, Adam recently launched his own charity to support LGBTQ+ communities of all ages and backgrounds.

The 37-year-old singer has founded the Feel Something Foundation after being inspired to do so after hearing the stories and witnessing first-hand the difficulties LGBTQ+ people continue to face all over the world.

As a member of the community himself, Adam is determined to make a difference with his non-profit organisation.

The 'Ghost Town' hitmaker is planning to work with fellow charities which focus on impacting the communities in areas of Education & the Arts; Homelessness; Suicide Prevention & Mental Health to help achieve his goals.

With the help of directors and public funds, Adam hopes to empower the LGBTQ+ community by supporting other charities to build a strong foundation.