He told the judge, He used to say, 'Don't worry, my dad will pay you

Stewart, who has appeared on a string of reality shows, made the appearance on the American reality court show Judge Jeanine Pirro.

He stands accused of failing to pay personal trainer Francois Xavier Decile for his services, which amounted to $2,500 in unpaid sessions.

The 28-year-old rock offspring revealed it was the second time he had failed to pay Decile - claiming his dad had paid off the first debt.

But the courtroom was stunned when Stewart slammed his father's generosity - branding him "cheap" for making him pay back the money.

He told the televised courtroom, "Actually, the money he gave, the cheque he sent to Xavier, I had to pay back. "My dad's very cheap". When quizzed by Judge Pirro why his multi-millionaire father was cheap,Stewart replied "I don't know".

Decile claims he quit training Stewart last August (08) after getting sick of hearing that the star's famous dad would cover the bills. He told the judge, "He used to say, 'Don't worry, my dad will pay you.'" 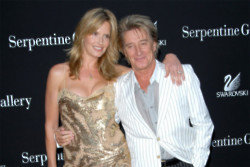