Jonny Greenwood to make the music for The Master

Jonny Greenwood, the Radiohead star has signed on to score Philip Seymour Hoffman and Amy Adams' new movie The Master.

The guitarist, who composed the soundtracks for 2007's There Will Be Blood, We Need To Talk About Kevin and Norwegian Wood, will work with jazz group Zed U on the project.

The film, set in the 1950s, will be directed by Paul Thomas Anderson, the man behind There Will Be Blood.

Greenwood has also previously provided music for Harry Potter and the Goblet of Fire and Children of Men.

tagged in The Master

Radiohead to mark 20th anniversary of Kid A? 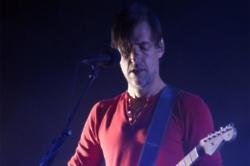