Caillat Breaks Through to Top the U.s. Album Chart

Singersongwriter Colbie Caillat can relax at the top of the U.S. album charts after weeks spent trying to ignore record label promises she'd debut her new release, Breakthrough, on top.

It looks like it,' and I just kept trying to ignore it 'cause I didn't want it to not happen

The superstitious star tried to ignore the comments because she didn't want to jinx a possible number one, but, after selling 106,000 copies in its first week on release, the album has sailed to the top.

It looks like it,' and I just kept trying to ignore it 'cause I didn't want it to not happen.

And now that it is happening, I can't believe it.

I'm so thankful". Christian rockers Skillet debut at number two with Awake and Miley Cyrus also crashes in to the top of the charts with a seven-song EP, The Timeof Our Lives, which was only released to Wal-Mart stores in America on Friday (28Aug09). The release debuts at three with 62,000 sales. Imogen Heap also enters the top five with a new release - Ellipse is atfive. Meanwhile, rounding out the top five, Kings of Leon's Only By The Nightstays put at four, 49 weeks after the album first appeared on the chart. 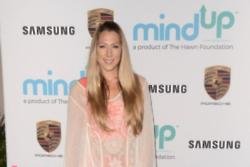 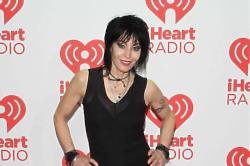