For the last two years I've been face to face with my analyst. This more civilised situation helps me speak more freely

The shock news was revealed after the death of the man who raised her, millionaire Alberto Bruni Tedeschi - prompting Bruni-Sarkozy to throw herself "body and soul" into psychotherapy.

She says, "I had a life that was totally about action, completely outside of psychoanalysis until the age of 28".

In the new French documentary La Premiere Seance (The First Session), the former supermodel admits she's spent the last eight years in regular psychoanalysis sessions - but she refuses to lie on a couch because it feels "artificial".

She adds, "For the last two years I've been face to face with my analyst. This more civilised situation helps me speak more freely".

The 41 year old's appearance in the TV series is set to broadcast in France on 7 November (09). 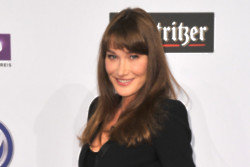 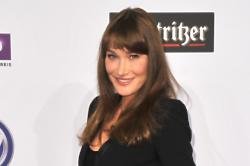