5 Seconds Of Summer drummer Ashton Irwin accidentally injured a fan at the band's concert last Saturday (01.08.15) when he hurled his drumstick into the crowd.

A 5 Seconds Of Summer fan was injured by a flying drumstick at the band's concert on Saturday (01.08.15). 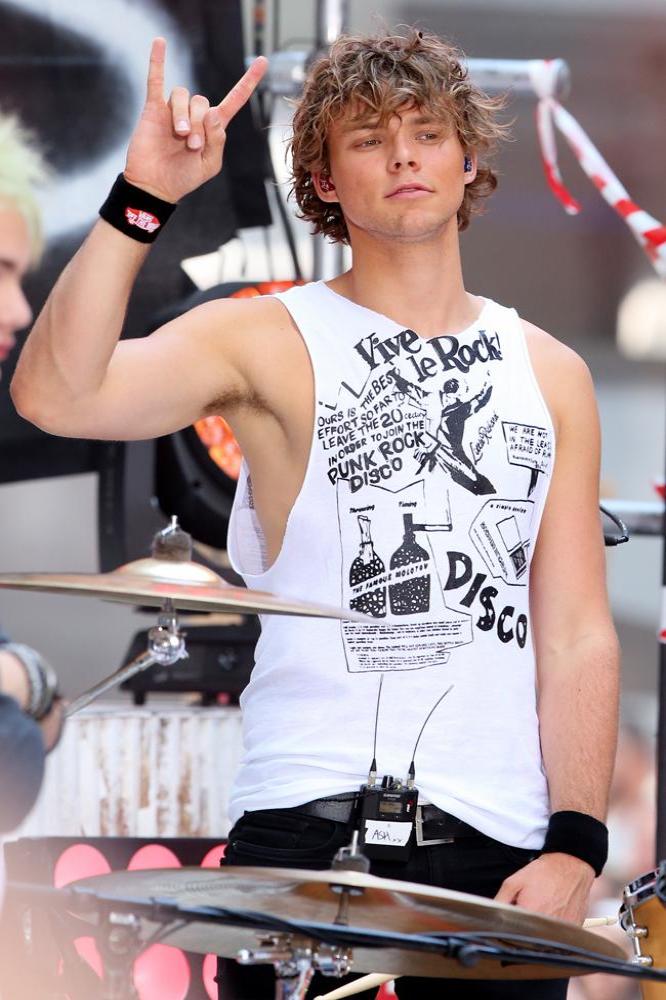 The fan, who uses the name Mady Joe on Twitter, took to the social media website to reveal she was left with a gash to the head after being hit by the stick drummer Ashton Irwin hurled into the crowd during the show.

Along with a photo of her injury, she tweeted: "When you get hit in the face with Ashton's drumstick @Ashton5SOS (sic)"

Mady required stitches to close the wound but despite her injury she had a great time at the gig.

He wrote: "Apparently a girl got hit by a drum stick tonight ... I can not express how incredibly sorry I am... I am so sorry :( (sic)"

Perhaps the rowdiness of the crowd at the show inspired Ashton to hurl his drumstick as he revealed on Twitter the crowd at the concert when Mady's injury occurred had "rocked the hardest ever".

He wrote: "You gave us your whole heart and soul tonight twin cities and we can't thank you enough, you rocked the hardest ever ... Thank you (sic)"

The injury suffered by Mady is the latest medical emergency to occur on the group's 'Rock Out with Your Socks Out Tour'.

5SOS guitarist Michael Clifford was burned by pyrotechnics during the band's concert at London's SSE Wembley Arena in June and at first he was scared he would lose the sight in one of his eyes.

Michael said: "It was so scary. I walked into an open flame. It was huge and Callum (Hood) got burned as well. At first I couldn't open my eye. I thought I'd lost my sight."