5 Seconds of Summer: There should be more music about mental health

5 Seconds of Summer think there should be more music about mental illness. 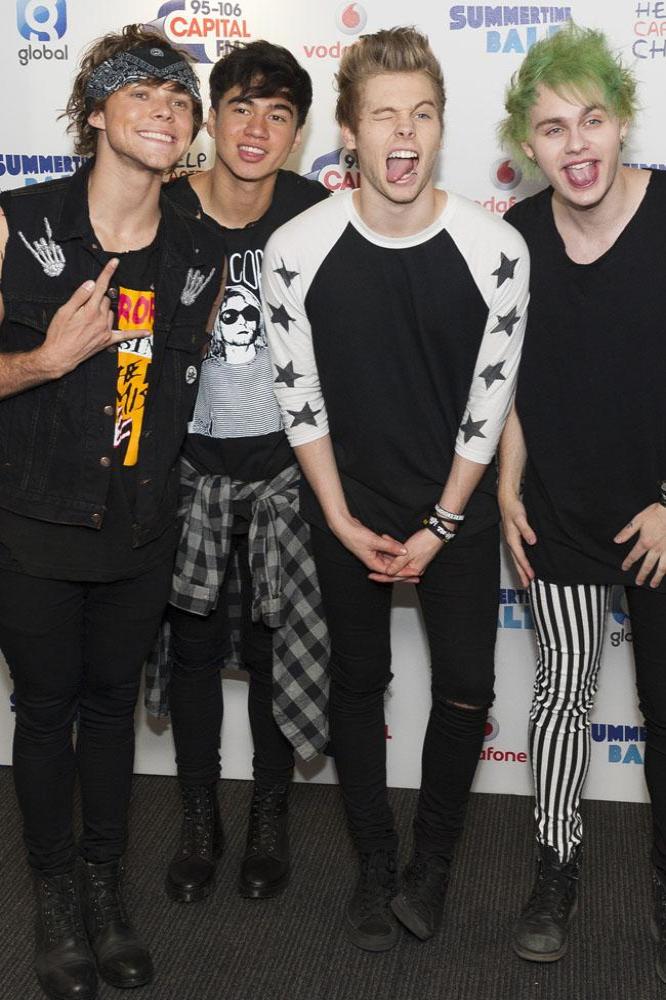 The 'She Looks So Perfect' hitmakers believe recording artists are too "scared" to address the serious issue in their songs but they see it as incredibly important because "everyone is sick and depressed these days".

Ashton Irwin told Billboard magazine: "Look at top 40 radio. No one is writing music that highlights what everyone is scared to talk about - which is that everyone is sick and depressed these days.

"People our age, we all feel like s**t about ourselves. We wake up and we look at our phones and there are a thousand opinions on who we are - or what we are. It's destructive."

Meanwhile, Ashton's bandmate Michael Clifford previously revealed he had seen a therapist about "problems" with his mental health.

Speaking whilst on stage last month, he told the crowd: "I was fixing some problems with my mental health. I just saw a therapist real quick on the break we had. Anyways, I'm going to shut up now. We're gonna play another song if it's OK?"

The band - which also includes Calum Hood and Luke Hemmings - also revealed their new song 'She's Kinda Hot' is "like a f**k you" to their critics.

They said: "It's like a f**k you to people who say you can't be what you are. And to represent that, I don't think we should carry on asking people not to call us a boy band.

"We learned our instruments, we learned how to write songs from scratch, we love performing live and we love f***ing rocking out - that's what we do, so at this stage, people can call us whatever they want."