A little earlier this year, Ray Quinn announced he would be returning to the music industry with a brand new collection of music, marking his first album release in 13 years! Dropping on May 29th, 2020, Undeniable will be made up of eight covers including some of Quinn's favourites from the 60s to the present day, as well as four original pieces.

To celebrate the news, as well as his recent engagement to partner Emily Ashleigh, we caught up with the much-loved showbiz star for a quick chat!

You're returning with a brand new album in May, made up of covers and originals: what should fans know about this collection and why you've chosen the songs that feature?

The songs that I’ve chosen are all songs that I've been brought up around. My Dad has been a huge influence to me and would always play them around the house. This music has always been a big part of my life, so I’m honoured to be able to cover some of the greatest artists from over the last four decades. The original songs are also orchestral big band, keeping a classic yet modern, contemporary sound - bringing the sound of Frank Sinatra to the 21st century.

What sort of process do you go through when you're writing and creating your original material?

I’ve always admired other songwriters and their abilities. I believe it to be a gift and a talent but I haven't had much experience writing myself. But for this album I sat down with some songwriters and I'd prepared some monologues that we’re in my own words to give them some ideas of what I felt the songs needed. It was a fun process and this type of collaboration really worked and I’m really pleased with the results.

Which of the artists in the charts right now do you enjoy listening to?

I love country music at the moment, I'm really into Luke Combs and Chris Stapleton. I like Justin Bieber's new stuff a lot and Dan + Shay, 10,000 Hours is so good! It's blasting in my car!

You obviously keep in great shape! Which artists or songs do you recommend for the perfect workout playlist?

To be honest, I haven't been to the gym in quite some time but if I was going to (which I need to!), it’s all about hip-hop or 90s club anthems. That will always get me in the mood for the gym.

The music industry is tougher than ever to be a successful part of; how do you plan to ensure that this body of work is heard by as many people as possible?

I believe in it. My hearts been poured into the album, I hope people can see the love and passion that has gone into it. I can’t wait for people to hear it. I'll be the first in the queue to buy it when it's out, that’s for sure.

Showbusiness is something you've managed to be a part of for some time now, with acting roles, music and more: what have been some of your favourite memories to-date?

When I was a kid, I won a British Soap Award for my acting in Brookside - it's something I'll never forget. Bernie Nolan was also there to see that moment, I miss her dearly. It’s a moment I’ll cherish forever.

To contrast, what would you say have been some of your most challenging moments so far?

You're the ultimate Dancing on Ice competitor, winning your original series as well as All Stars: have you been watching the show this year?

I wanted to see Alexandra Schauman take home the trophy because she was my partner on the tour, she's such an incredible skater and a superb partner on the ice. I was gutted she was injured on the show but I know she’s doing ok now. Perri doing a backflip in the final was unbelievable, huge respect for that!

You announced your engagement in January! Any exciting wedding plans or details you can tell us about?

Welcome to the family my Queen 💖 #shesaidyes 💍 🥰

We haven't had the engagement party yet. We're very pleased and happy. We have started to look at venues but we’re really enjoying the engagement! It was the best start to the new year.

Living your life in the public eye can be a struggle: how do you balance that with having a healthy relationship and privacy?

I’m very lucky to have a very supportive and loving family around me which keeps me grounded. There’s nothing better than going home and snuggling up to watch a movie. There’s no better way to stay humble. That’s when I can switch off.

Finally, where should we keep an eye out for you in the months leading up to the album's release?

There are loads of exciting things coming up, so just watch this space! The albums out May 29th and I'm so excited for everyone to hear it! 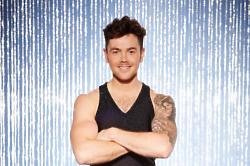 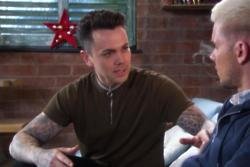 Ray Quinn up for Hollyoaks return