HRVY is back with his new single 'Hasta Luego', so we caught up with the singer to find out a little bit more about his music, as well as his inspirations and more!

With over 900,000 subscribers on YouTube, a million Facebook followers and over 2.6 million loyal fans on Instagram, 19-year-old HRVY looks set for super stardom. Building his profile online since the age of 12, he’s managed to create some incredible buzz and won a management deal that now sees him release some brilliant pop bangers. We caught up with the young star to find out a little bit more about his artistry, plans for the future, and what he has to say for fans who have been with him since the start… 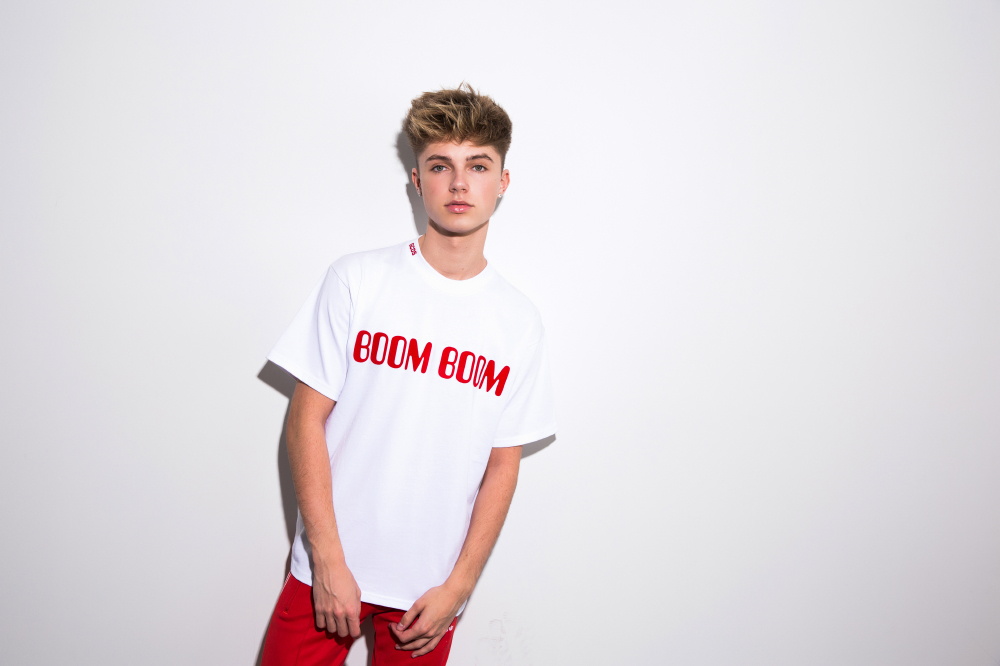 For those who haven’t yet heard your music, how best would you describe yourself as an artist?

I’d describe myself as a fun artist; my music’s mostly pop but with a little RnB influence. I’m a new artist so I’m still learning and evolving.

Your last single Personal saw an incredible response from fans; how did you find that experience?

The whole campaign was pretty insane, the reaction was unbelievable, and the fan support blew me away. I was scared to begin with because I didn’t know whether the fans would like it, but after a few days I was cool because most of the comments and reactions were positive!

What can you tell us about your new single Hasta Luego? How was the experience of working with Malu on the track?

So, my new single coming out is actually a super summery song and reminds me of being on holiday. It’s a Spanglish song, so half English, half Spanish. Malu was amazing to work with; she really made the song come together when she put down her vocals. When I write the song, the first person that came to mind was Malu and she really killed the song and the music video.

The charts! What’s current, my emotions and feelings at the time. The weather, movies and my dogs! (laughs)

If you could work with anybody moving forward, who would you choose and why?

Ariana Grande; her voice is incredible… and Ed Sheeran because he’s British and you have to rep your country!

You’ve got experience in presenting with BBC’s Friday Download; is that something you’d like to go back to?

I’d love to at some point go back to doing some presenting, but for now I want to focus on making good music.

You’ve just kicked off your tour with The Vamps; what should people coming to those shows expect?

A lot of singing, a lot of dancing and my new single Hasta Luego!

Do you have any definitive aims or goals for your career moving forward?

I’d love to one day sell out an arena tour around the world, and get a number 1!

How do you wind down and relax when away from your work?

I don’t really, I’m always thinking about how to improve and innovate, but when I do eventually chill, I like playing Fortnite and watching YouTube! Oh, and a nice sauna.

Finally, do you have a message for fans who have supported you to this point?