We spoke to the band a couple of hours before their support tour with You Me At Six kicked off in Preston.

Deaf Havana are currently touring the UK with You Me At Six and close friends Lower Than Atlantis.

With new album Fools And Worthless Liars coming out within the next few weeks, we spoke to the band on the first night of the tour in Preston.

The atmosphere backstage is quite tense and rushed, with the doors opening in an hour.

"The first night is always the most stressful," vocalist James Veck-Gilodi admits after just coming off-stage from the band's soundcheck.

Deaf Havana are optimistic for the tour despite the stress levels. "Tomorrow'll be good", James smiles.

It's certainly made easier having close friends Lower Than Atlantis on tour.

The band explain that having that companionship gives the tour a nice atmosphere: "We're all good friends, so it works perfectly. We hate being on tours where you don't know the bands. It's even worse when they turn out to be d****. It's not fun."

Tours with such close friends can be few and far between, so Deaf Havana are glad to be doing a full run of shows with You Me At Six.

"We've never had a proper tour with them, so it's nice, more for the friend side of stuff. We fairly rarely get to tour with bands we're mates with, so when you do it's phenomenal."

James points out that touring as a support act also relieves some of the pressures on a band on the road,

"We love support tours," he admits, adding: "Headline tours, you have to worry about so much stuff. It's your responsibility."

So, will there be much difference between being on this tour, compared to their upcoming dates again with Lower Atlantis?

"There'll be quite a lot less people there," they joked, adding that the stability of being on the road with their friends will help, although James isn't a huge fan of the live environment, regardless of the size of the shows

"Live isn't my thing anyway. I don't mind how many people we play to, but I do want to make a living of it," he says.

Deaf Havana are evidently grateful for coming through in such a grassroots way, doing the touring circuit, admitting that they're "hate to be that guy chucked in at the deep end and selling out Wembley."

Besides touring, the band are also busy preparing to release their new record, their first release since Ryan Mellor left last year, something that did have an affect on Deaf Havana at first.

"It's hard to think of what sort of genre we'd go to after the screamy stuff. There wasn't an obvious progression. You had a member leave who was a key part of the sound," they explain.

They admit that, whilst it was hard to find a balance, they feel that they've definitely achieved that on the new record. James is quick to point out that the most important thing is that the band love it.

"That's kinda the point," he notes. "Let's just do what we do. As soon as we stopped trying, it happened. It's the first thing we've written, listened to it and still proud of it months after writing it."

James also explains that it's affected other areas of the music, besides just the writing and studio work.

"Live it's been weird at first. I used to just sing a bit, now I'm doing all of it." He continues. "I didn't really like it at first, but I've got used to it."

As Deaf Havana look to the future and hint at ambitions to go to Australia and America, they admit that any plans hang on the response to Fools And Worthless Liars.

"If the album does s***, then we need to re-evaluate and do something normal," they admit. "If it does well, and makes our name bigger, then we'll see what happens." 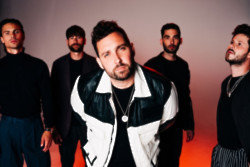 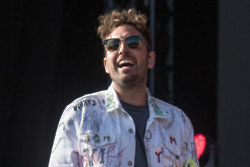 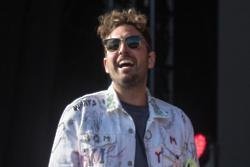