Music streaming is a key way to make money, but it's radio bringing in money for the King of Pop

Michael Jackson currently sits on top of Forbes’ list of 2019’s most paid dead celebrities list, even after he is long gone. This is the seventh year he has remained on top of this list (released in November) and the ninth time after his death in October 2009.

In 2019, Jackson's estate and the music industry raked in $60 million for the dead pop star, taking his posthumous earnings to about $2.46 billion. Jackson’s estate is run by his former attorney, John Branca. Elvis Presley sits next to Michael Jackson as the second highest paid dead musician with posthumous earnings of $530 million in 2019.

The bulk of what Jackson’s earnings in death can be attributed to the sales of the stakes he owns in two big music publishing companies. In 1981, Jackson was with Paul McCartney where they worked together on songs like Say Say Say. The pair discussed music and how buying rights to other songwriter's songs could earn them royalties. Michael Jackson jokingly said he is going to buy the Beatles’ back catalogue. Interestingly, he did that years later when he bought ATV Music and the whole Lennon-McCartney catalog, worth about $47.5 million. McCartney wasn’t happy about this but Jackson told him that it is nothing but “business”.

Sony and ATV eventually formed a merger, becoming the world’s largest music publishing company. Michael Jackson’s stake in the Sony/ATV business was about 50% and this was sold for $70 million, which is 15 times more than his original investment. Two years after this, Sony paid Jackson's estate $287.5 million to acquire the 9% stake he has in the EMI Music Publishing company. The Sony/ATV and the EMI deal brought in over $1 billion to Jackson’s estate.

Jackson, even in death, has songs that still remain highly lucrative. In January BMI extended the 41 year old deal with Jackson’s estate, to continue to represent his back catalogue. The company will also continue to be the sole collector of Jackson’s royalties from TV, radio and internet broadcasts.

“The deal Jackson brokered with BMI goes to show how important back catalogue is to radio, which appears to be the biggest source of income any song writer could ever earn on his royalties”, says Barry Massarky, an economist who is a specialist in music catalogue valuation.

“It is a remarkable thing that we now talk about streaming, music downloads and so on, but when it comes to streaming for a large base, pop, R&B/urban music seems to be ruling. According to Massarky, most commercial radio listeners in the United States are older folks, the younger folks have moved towards streaming online.”

According to Massarky, the deal Jackson had with BMI was particularly valuable to BMI because the trends in the radio industry; more than 55% of the airplay music in the United States are classified as songs that are not current, which are also referred to as “golden” music. This means that radio stations are gravitating towards the older demographic, playing older inventory of music.

While radio remains the driving force behind Jackson's back catalogue’s value, he is still very popular on most streaming services. With over 13 million followers on Spotify, which is way more than what contemporary artists like Future and J.Cole have. Monthly, he ranks about 101st with about 21 million listeners.

Not only has Michael Jackson enjoyed lucrative posthumous careers, there are also stars like Whitney Houston, Bob Marley, John Lennon, Amy Whitehouse, David Bowie and Price. All these artists have enjoyed radio airplay, streaming and special releases which have helped to contribute to their posthumous wealthy estates. 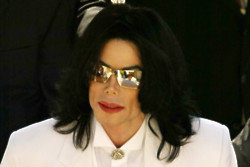