Gillian Flynn's Gone Girl is one of the twistiest, most intense novels I've ever had the pleasure of reading. I remember the moment I reached the midway point in the book and discovered the truth of exactly what was happening and audibly gasping. It takes a lot for a story to shock me, but that's what Flynn did with her compelling third literary release.

Jump forward a couple of years, and David Fincher would serve as director on the big screen adaptation of the psychological thriller. This was a different project for Fincher than much of his other work, in that he was working on an already-established piece.

The movie saw Ben Affleck and Rosamund Pike take on the leading roles of Nick and Amy Dunne respectively, with the former character widely suspected of murdering and disposing of his wife's body following her disappearance. Whilst some feel sorry for him immediately after Amy goes missing, many quickly get the sense that he is enjoying the publicity that comes about as part of the mysterious case.

This leads to the public jumping to the conclusion that he must have something to do with Amy's disappearance, but no member of the audience is ready for what the reveal of the truth actually has in store.

Affleck's performance is one worth raving about, but it is truly Pike who steals the spotlight whenever she's on screen. This is a career-defining display of her talents which earned her a string of nominations in awards season, as well as a number of wins for Best Actress from the likes of the Austin Film Critics Association, the Detroit Film Critics Society, the Empire Awards and the Saturn Awards, to name just four.

Props must also go to Neil Patrick Harris for his portrayal of the creepy Desi Collings. Harris does almost too good of a job in bringing his character to life, sending the hairs on your arms up whenever he makes an appearance. Desi is an eerie and questionable personality with an unhealthy obsession that ultimately leads to tragedy.

One of the most burning questions I had after my time with Gone Girl was exactly why the characters had turned out the way they had. Though they looked to have the perfect lives, Flynn and Fincher quickly proved that this isn't always enough, and that things may not be as shiny and special as they look on the outside.

There's a real journey for viewers to go on with Gone Girl, but I would implore anybody new to the story to pick up a copy of Flynn's novel before watching the film. It's definitely an experience worth going through the first time with the original book, so that the twists and turns can have the same impact that Flynn had worked so hard to achieve.

MORE: Watching a week of David Fincher's finest - No 1: Se7en 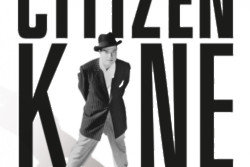 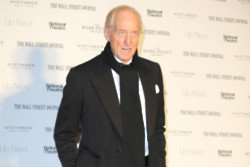 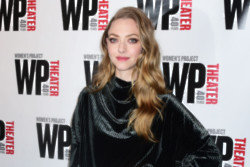