Pedro Almodóvar is back in the director's chair this week with his new movie I'm So Excited.

Almodóvar has enjoyed a career that has spanned almost forty years and in that time he has delivered some terrific and award winning movies.

To celebrate his return we take a look at some of Pedro Almodóvar's best movies of his career to date.

- Women on the Verge of a Nervous Breakdown

Almodóvar may have kicked off his career in 1980 but it was 1988 and the movie Women On The Verge of a Nervous Breakdown that really put him on the map.

The farce movie was also written by Almodóvar and starred Carmen Maura and Antonio Banderas and it really did bring him to international attention.

Women on the Verge of a Nervous Breakdown was a feminist comedy that really had bite as well as being incredibly funny from start to finish.

The movie was nominated for Best Foreign Language Film at the 1988 Oscars but lost out to 38.

However the movie won five Goya Awards as well as a string of critics awards.

- All About My Mother

Oscar success can in 1999 when All About My Mother picked up the Best Foreign Language Film - this was only Almodóvar's second nomination.

All About My Mother was a comedy drama that saw Almodóvar on writing duties once again.

All About My Mother is a powerful and moving movie that deals with death and grief as well as tackling issues such as Aids and homosexuality.

This is a movie that works because it hits so many emotional buttons - not to mention there is a superb performance from Cecilia Roth.

All About My Mother picked up the Oscar as well as the Best Film not in the English Language and Best Director Baftas.

Another Oscar followed for Almodovar in 2002 as he collected the Best Original Screenplay for his work on Talk to Her.

Talk To Here saw Almodovar tackle more of a dramatic movie as he once again addressed issues such as loneliness and intimacy.

It was widely regarded as Almodovar's most mature movie to date in what is a beautiful and mysterious film.

The movie saw Almodovar nominated for the Best Director Oscar for the first time.

And while he missed out on that gong he was triumphant at the Baftas once again as he picked up Best Film not in the English Language and Best Original Screenplay.

Volver saw Almodovar team up with Penelope Cruz in a movie that explored the interactions between three generations of women in a Spanish family.

Volver is a film that deals with murder and adultery as well as a supernatural apparition and yet is a colourful and vibrant movie.

Over the years Almodovar has developed a very distinctive directing style and there is not doubt that this movie is his - this is a film that will touch your heart as well as make you laugh.

Almodovar picked up Best Screenplay at the Cannes Film Festival as well as an European Film Award for Best Director.

Almodovar and Cruz reunited for the director's next project Broken Embraces in 2009.

Broken Embraces saw Almodovar mix mystery and suspense elements with comedy - and much like Volver it had a real art house feel to it.

It was one of the most visually striking films of the year as Almodovar once again showed that he knew how to use colour to get effect.

Broken Embraces was another success for the director as it picked up nominations at the Baftas and Golden Globes as well as competed for the Palme d'Or at the Cannes Film Festival.

I'm So Excited is released 3rd May 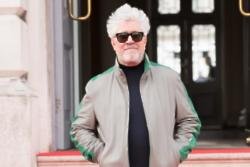 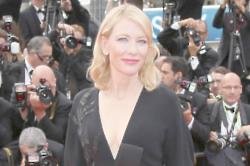