Guy Pearce is back on the big screen this week, as he teams up with Felicity Jones for Breathe In.

Pearce has enjoyed a career that has spanned over twenty five years and has seen him a varied range of roles.

To celebrate his return to the big screen this week we have taken a look at some of his stand out movies.

Memento was a movie that really did cement Pearce as a leading man as he teamed up with director Christopher Nolan.

Pearce took on the role of Leonard Shelby, a man suffering with anterograde amnesia, who tries to hunt down the man who murdered his wife.

Memento is a dark and complex movie that is really held together by the riveting central performance from Pearce.

Pearce balances perfectly a melancholy as well as an anger to make Leonard a very complex and interesting character.

Memento remains one of Pearce and Nolan's greatest movies.

It was 1997 when L.A. Confidential hit the big screen and Pearce was part of a wonderful ensemble cast that included Russell Crowe, Kevin Spacey and Kim Basinger.

This was one of the best movies of the decade as James Ellroy's novel was brought to the big screen.

The movie saw Pearce take on the role of Edmund "Ed" Exley, a man who wanted to live up to his father's reputation as a LAPD detective.

His form of police work is contrasted beautifully with that of Wendell 'Bud' White (Crowe) as the pair of them work together to solve a string of murders.

Great noir movies like this don't come around all that often and this film really is terrific from star to finish. 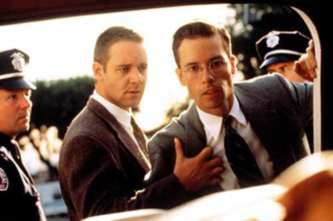 The movie follows seventeen year old Josh as he tries to survive in his criminal family; the movie was inspired by a true story.

Pearce played a police officer who believes he can save Josh from following in his family's footsteps and taking up a life of crime.

Some of the best scenes in the film are between Pearce and Frecheville as the police officer tries to keep the teenager on the straight and narrow.

Animal Kingdom is a movie that gets under you skin as it is packed with interesting and very complex characters and family dynamics.

All of the cast shine from start to finish as director David Michôd really does bring the best out of them. 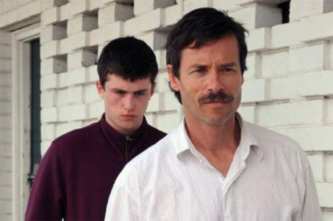 Pearce teamed up with director John Hillcoat in 2005 for Western The Proposition.

Written by Nick Cave the movie followed a notorious outlaw who is given nine days to kill his older brother, or else his younger brother will be executed.

A Western is not a film that we see all that often on the big screen, but here it is on all its glory.

It is a film that is elegantly and beautifully shot; which is a great contrast to the brutality of the story.

It is unflinching and hard-hitting with Pearce, and the rest of the cast, delivering knockout performances. 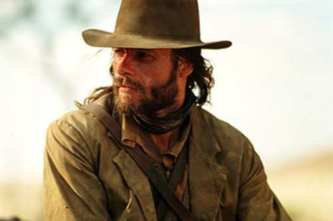 One of the great things about The King's Speech was that every role was filled by an fantastic actor.

Pearce took on the role of Edward VIII in the film, and he is not the focus of this film he does deliver a fine performance.

It was Edward VIII's abdication that put George VI on the throne and you do see the tension between the brothers; who couldn't be more different.

Edward VIII is a complex character in his own right and face a decision that will chance many people's lives.

While we do only get a snapshot of this in The King's Speech, Pearce is terrific. 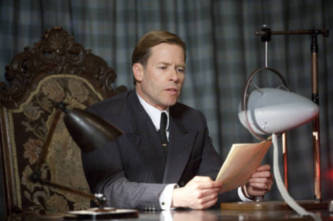 Other worthy mentions include The Hurt Locker, The Count of Monte Cristo, Traitor and TV mini-series Mildred Pierce.

Breathe In is released 19th July.