We have already cast an eye over some of the 2017 blockbuster films that we cannot wait to see and now we look at some of the other movies that we are already excited about. 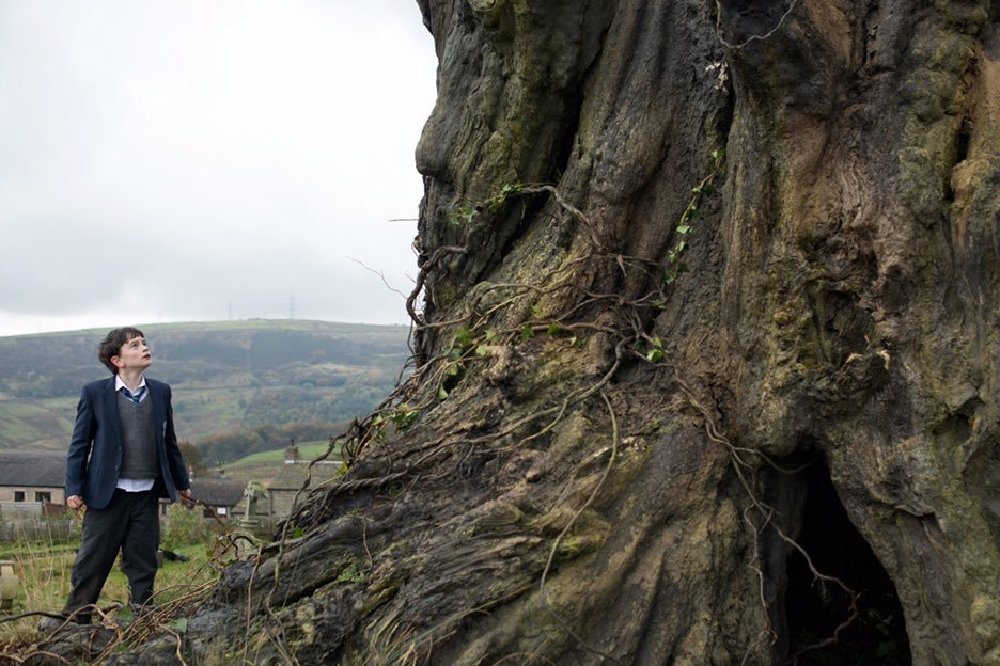 2017 is going to be another terrific film year and there are already a whole host of movies that we cannot wait to see - from blockbusters to drama, musicals to sci-fi... there really is going to be something for everyone.

La La Land is already one of the most talked about films of 2017 and is set to light up the festival circuit this autumn.

The movie marks the return of Damien Chazelle to the director's chair as he tackles the musical genre for the first time.

This is Chazelle's first feature film since the huge success of Whiplash - as well as being in the director's chair, the filmmaker has also penned the screenplay.

Emma Stone and Ryan Gosling reunite to take on the central roles of Mia and Sebastian. The pair has worked together on Crazy Stupid Love and Gangster Squad and I cannot wait to see them share the screen again.

La La Land tells the story of Mia [Stone], an aspiring actress, and Sebastian [Gosling], a dedicated jazz musician, who are struggling to make ends meet in a city known for crushing hopes and breaking hearts.

La La Land is a movie that is already surrounded in Oscar whispers and will be one of the first must-see movies of 2017.

It is always excited when a Christopher Nolan film is on the horizon... and he is set to return next summer with war drama Dunkirk.

We have only had a little teaser for the film so far, but Dunkirk looks set to be a sweeping war epic, which has also been written by Nolan.

This is the first film for Nolan since the huge success of Interstellar and the movie sees him reunite with actor Tom Hardy; with whom he worked on The Dark Knight Rises.

Cillian Murphy - who worked with Nolan on the Batman franchise - James D'Arcy, Mark Rylance, Kenneth Branagh, Harry Styles, and Aneurin Barnard are all also on board.

Dunkirk opens as hundreds of thousands of British and Allied troops are surrounded by enemy forces. Trapped on the beach with their backs to the sea they face an impossible situation as the enemy closes in.

Nolan has brought us some wonderful movies of the years but Dunkirk will be the first time that we have seen him tackle the war genre. Sadly, we do have a long wait until the movie hits the big screen but I am looking forward to the first full-length trailer.

Another movie to watch out for at the beginning of 2017 comes in the form of The Founder, which may just see Michael Keaton in the Oscar mix once again.

Keaton is set to take on the role of Ray Kroc, the founder of MacDonalds, in the film as he teams up with director John Lee Hancock.

Hancock is back in the director's chair for the biopic, in what is his first feature film since Saving Mr Banks. With Saving Mr. Banks and The Blind Side under his belt in recent years, Hancock is no stranger to the biopic genre and it is good to see him back.

The movie will chronicle Kroc's journey of establishing the most iconic fast-food chain in the world.

The director has brought together a terrific cast as Linda Cardellini, Patrick Wilson, Nick Offerman, Laura Dern, John Carroll Lynch, and B.J. Novak will all star alongside Keaton.

Keaton was in the Oscar race two years ago, when he picked up a Best Actor Oscar nomination for his performance in Birdman. Will 2017 see him go on step further? I guess we are going to have to wait and see - we all know how much the Academy loves a biopic.

It was back in 1995 when the Ghost in the Shell animated film was released... fast-forward over twenty years, and 2017 will see a live-action adaptation hit the big screen.

Yes, we have not too long to wait now until Ghost in the Shell is released, which sees Rupert Sanders back in the director's chair. I am a big fan of the original film and cannot wait to see what he delivers.

Ghost in the Shell is only the second feature of Sanders' career and comes five years after he made his debut with Snow White and the Huntsman.

Scarlett Johansson is set to take on the central role of The Major and is joined on the cast list by Michael Pitt, Pilou Asbæk, Juliette Binoche, Michael Wincott, Takeshi Kitano, and Chris Obi.

Ghost In The Shell follows the Major, a special ops, one-of-a-kind human-cyborg hybrid, who leads the elite task force Section 9.

Devoted to stopping the most dangerous criminals and extremists, Section 9 is faced with an enemy whose singular goal is to wipe out Hanka Robotic's advancements in cyber technology.

Of all the movies that will hit the big screen next year, Ghost in the Shell is one that I am looking forward to the most and I cannot wait to see Johansson in action.

Jeff Nichols is one of the best filmmakers around and he returns in February with his new film Loving, which is already making waves.

The movie played in competition at the Cannes Film Festival earlier this year and Ruth Negga is already being tipped for a Best Actress Oscar nomination for her central performance.

Nichols has brought us movies such as Take Shelter and Mud in recent years and this will be his first feature since sci-fi film Midnight Special earlier this year. As well as being in the director's chair, Nichols has also penned the film's screenplay.

The film sees Negga team up with Joel Edgerton to man married couple Mildred and Richard Loving. They are joined on the cast list by Michael Shannon, Nick Kroll, Marton Csokas, Jon Bass and Bill Camp are all on board.

Loving, celebrates the real-life courage and commitment of an interracial couple, Richard and Mildred Loving, who married and then spent the next nine years fighting for the right to live as a family in their hometown.

Nichols has delivered some fantastic character driven movies during his filmmaking career, and Loving looks set to follow on that fine tradition.

- The Birth of a Nation - released 20th January

Another movie that is whipping up a lot of award excitement is The Birth of a Nation, which could find itself in the Best Picture race come the beginning of next year.

The Birth of a Nation is loosely based on the true story of Nat Turner, an enslaved man who led a rebellion in Virginia in 1831.

Nate Parker is set to make his feature film directorial debut with the movie and take on the central role of Turner. He really is a filmmaker to keep an eye on over the next couple of years.

Set against the antebellum South, The Birth Of A Nation follows Nat Turner (Parker), a literate slave and preacher, whose financially strained owner, Samuel Turner (Hammer), accepts an offer to use Nat's preaching to subdue unruly slaves.

As he witnesses countless atrocities - against himself and his fellow slaves - Nat orchestrates an uprising in the hopes of leading his people to freedom.

The Birth of a Nation is a movie that premiered at the Sundance Film Festival at the beginning of 2016 and has been winning over audiences and critics ever since.

Manchester by the Sea is another Sundance Film Festival 2016 that looks on course to be a huge success - but it will not be released in the UK until January next year.

The movie follows Lee Chandler (Affleck) who has been named the legal guardian of his nephew after the sudden death of his older brother. Lee returns to the community where he was born and raised to take care of the teenage boy.

Manchester By The Sea is promising to be a great human drama - anchored by a great central performance from Affleck - and is already being tipped as a potential early Oscar contender.

A Monster Calls is one of the January movies that I am looking forward to as it sees J.A. Bayona back in the director's chair.

Bayona has brought us movies such as The Orphanage and The Impossible and is one of the most exciting filmmakers around.

A Monster Calls is based on the 2011 novel of the same name by Patrick Ness; the author himself has adapted his book into a screenplay. I cannot wait to see how it translates onto the big screen.

The director has assembled a terrific cast list as Liam Neeson, Sigourney Weaver, Felicity Jones, and Toby Kebbell are all on board. We are also going to be further introduced to the acting talents of Lewis MacDougall, who takes on the central role of Conor.

MacDougall made his big screen debut last year with Pan but A Monster Calls is the biggest film role of his career to date.

12-year-old Conor (MacDougall) attempts to deal with his mother's (Jones) illness and the bullying of his classmates by escaping into a fantastical world of monsters and fairy tales that explore courage, loss, and faith.

The first trailer for the fantasy movie promises much and it is a January movie that's not to be missed.

It was back in 1996 when Trainspotting first hit the big screen and went on to be a huge cult hit... just over twenty years on, and T2 will be one of the 2017 films you just have to see.

T2 is a continuation of the Trainspotting story and will see us reunite with characters Renton, Spud, Francis Begbie, and Sick Boy - played by Ewan McGregor, Ewen Bremner, Robert Carlyle, and Jonny Lee Miller.

The movie will also see Danny Boyle back in the director's chair, for what is his first feature film since Steve Jobs last year.

While we know that T2 is going to reunite us with some of the characters from Trainspotting, the plot for the film is being kept under wraps for now.

Trainspotting remains one of Boyle's best movies and one of the best British films of all time - it will be interesting to see how T2 compares to its highly regarded predecessor.

Other movies that we are excited to see include, Kingsman: The Golden Circle, Live By Night, The Snowman, and Split. 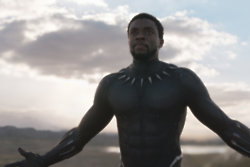 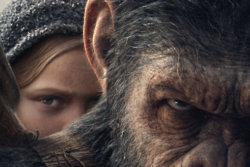 5 Movies Out This July We Can’t Wait To See 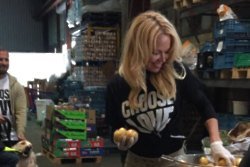