The 2016 Venice International Film Festival is almost upon us and we are set to enjoy another varied and exciting programme. 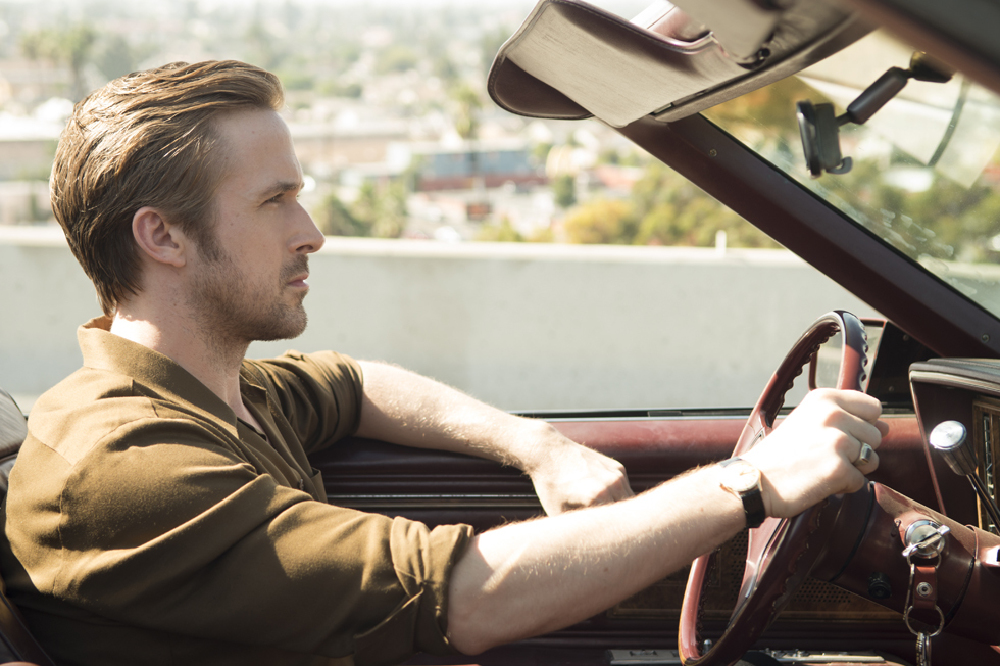 The festival gets underway next week and we take a look at the handful of films that we are looking forward to the most.

Light Between Oceans is one of the movies that is already being tipped as a potential early Oscar contender - even though it is only August and the Oscars really are a very long way off.

The Light Between Oceans is a big screen adaptation of the novel of the same name by M.L. Stedman and marks the return of Derek Cianfrance to the director's chair. He has also penned the film's screenplay.

This is only the third feature film of Cianfrance's directing career and comes after success with Brother Tied, Blue Valentine, and The Place Beyond the Pines. He really is one of the most exciting filmmakers around and it is great to see him back in the director's chair.

Light Between Oceans sees Cianfrance team up with both Michael Fassbender and Alicia Vikander for the first time as they play husband and wife, Tom and Isabel. Fassbender and Vikander are two of the most in-demand actors and I cannot wait to see them share the screen together.

Rachel Weisz completes the impressive trio of stars as she takes on the role of Hannah Roennfeldt.

The Light Between Oceans tells the powerful story of a lighthouse keeper and his wife living off the coast of Australia who discover a baby adrift in a rowboat. When they decide to raise the child as their own, the consequences of their choice will change their lives forever.

We are huge fans of both Vikander and Fassbender here at FemaleFirst and The Light Between Oceans could be a movie that sees them in the Oscar race once again.

It really is promising to be one of the must-see movies of the autumn and will not be released in the UK until the beginning of November.

Nocturnal Animals is another November movie that is also whipping up a storm and it will screen In Competition at the festival.

The movie sees Jake Gyllenhaal return to the big screen as he teams up with Amy Adams - Nocturnal Animals is one of two films that Adams stars in at this year's festival.

As well as great talent in from of the camera, Nocturnal Animals boasts a great filmmaker as Tom Ford is back in the director's chair.

This is only the second feature film of Ford's career and comes seven years after he made his debut with A Single Man back in 2009. As well as being in the director's chair, Ford has also penned the film's screenplay, which is based on the book Tony and Susan by Austin Wright.

Gyllenhaal and Adams take on the central roles of Tony Hastings and Susan Morrow and are joined on the cast list by Isla Fisher, Armie Hammer, Aaron Taylor-Johnson, Michael Shannon, and Laura Linney - it really is an impressive and talented cast list that has been assembled.

An art gallery owner is haunted by her ex-husband's novel, a violent thriller she interprets as a veiled threat and a symbolic revenge tale.

Could Nocturnal Animals follow in the footsteps of A Single Man and be an Oscar contender? I guess we are going to have to wait and see.

Natalie Portman already has one Best Actress Oscar win under her belt... but she could be in the race again with her latest film Jackie.

Portman is set to take on the role of Jackie Kennedy in the new biopic film, which sees the actress team up with filmmaker Pablo Larraín.

Jackie is the seventh feature film of Larrain's career and the first since Neruda. This is also the first collaboration between the filmmaker and the Oscar-winning actress.

The movie follows Jackie Kennedy in the aftermath of the assassination of John F. Kennedy in 1963.

Jackie is set to screen In Competition at the festival and will be a movie that's not to be missed. It will go on to also screen at the Toronto International Film Festival later in September.

One of the Out of Competition films to watch out for is Hacksaw Ridge because it sees Mel Gibson back in the director's chair.

Gibson has brought us movies such as Braveheart and The Passion of the Christ during his directing career and Hacksaw Ridge is his directorial effort since Apocalypto back in 2006.

The movie tells the story of US Army medic Desmond T. Doss, who served during the Battle of Okinawa, refuses to kill people and becomes the first Conscientious Objector in American history to be awarded the Medal of Honor.

Andrew Garfield is set to take on the central role of Doss as he tackles the war genre for the first time.

Hacksaw Ridge is set to receive its world premiere at the festival and will, no doubt, be one of the most talked about movies on this year's programme.

It is always exciting when a Terrence Malick movie is on the horizon and his latest film Voyage of Time will also receive its world premiere at the festival.

Voyage of Life sees Malick tackle the documentary/drama genre as he returns to the director's chair for the first time since Knight of Cups.

Malick has brought us films such as Tree of Life and The Thin Red Line and is a filmmaker that has worked sparingly during his nearly fifty-year career.

Voyage of Time will compete for the Golden Lion at the Venice International Film Festival as it screens In Competition.

The movie, which will be narrated by Brad Pitt and Cate Blanchett - both will narrate different versions of the film - explores the birth and death of the known universe.

Voyage of Time is one of the few documentaries that are on this programme this year and looks set to be one of the most thought-provoking films at the festival this year.

As a long-standing Malick fan, I cannot wait to see what he delivers with Voyage of Time.

La La Land will be the film that kicks off this year's Venice International Film Festival as Damien Chazelle returns to the director's chair.

Chazelle whipped up a storm last year with Whiplash and La La Land is his first feature since that huge success. La La Land sees him mix elements of comedy, drama, and musical and it is great to see him back.

As well as being in the director's chair, Chazelle has also shown off his writing skills, having penned the screenplay.

La La Land is a movie that is already whipping up some excitement and is already being tipped as a potential Oscar contender. It really is set to be one of the films not to miss over the coming months and will be a film that's set to feature heavily during the autumn festival season. 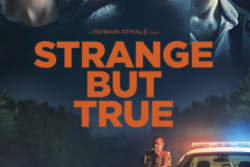 From page-turner to screen burner 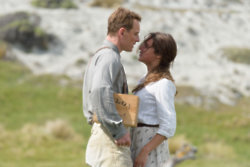 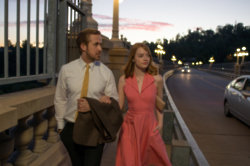