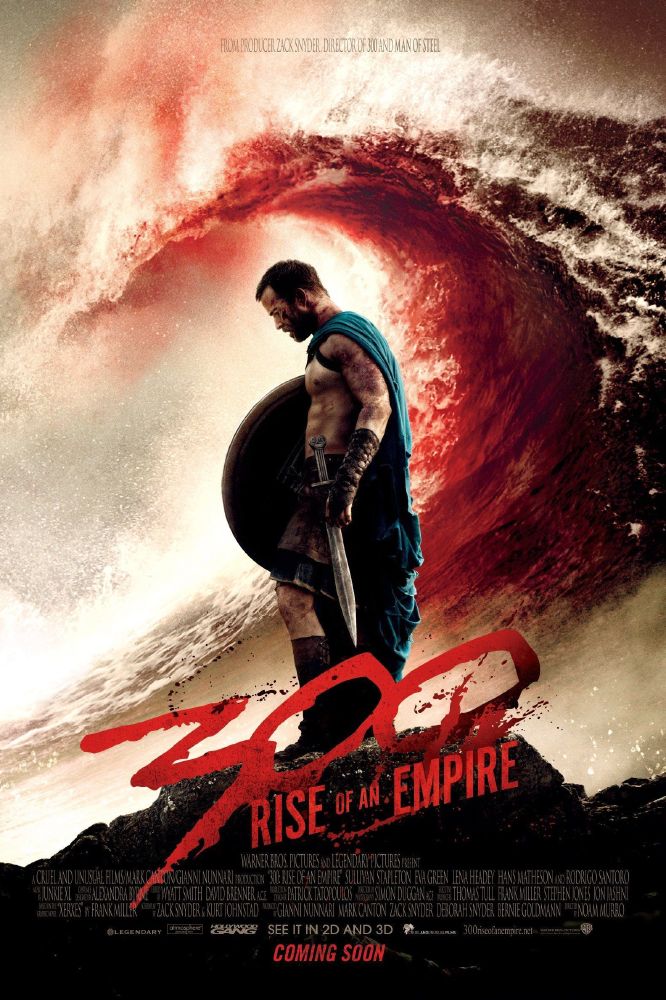 We have been seeing more and more graphic novels being adapted for the big screen in recent years; in fact Kick Ass 2 and 2 Guns are this week's two big releases.

Not only are graphic novels popular with directors but the movies are also enjoying huge success with cinema audiences.

And heading into 2014 there are some fantastic projects on the horizon, we take a look at the top six that are not to be missed.

It was back in 2007 when 200 hit the big screen, and now the highly anticipated sequel is set to drop in the new year.

Noam Murro is in the director's chair this time around while Zack Snyder and Kurt Johnstad have adapted Frank Miller's novel.

This new chapter of the epic saga takes the action to a fresh battlefield - on the sea - as Greek general Themistokles attempts to unite all of Greece by leading the charge that will change the course of the war.

300: Rise of an Empire pits Themistokles against the massive invading Persian forces led by mortal-turned-god Xerxes, and Artemesia, vengeful commander of the Persian navy.

Lena Headey, Eva Green, Rodrigo Santoro, David Wenham and Jacks O'Connell are all on board; the likes of Headey, Wenham and Santoro are reprising roles from the first film.

The movie promises to be as action packed and stylish as the first. 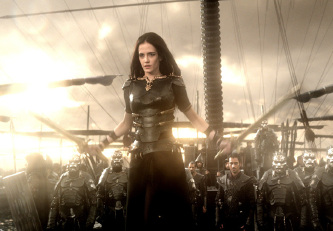 - Sin City: A Dame To Kill For

Sin City: A Dame To Kill For is one of the most eagerly anticipated movies of 2014, as it was 2005 when we saw Sin City hit the big screen.

The movie is based, once again, on Frank Miller's graphic novels; he joins Robert Rodriguez in the director's chair this time around.

The likes of Bruce Willis, Jessica Alba, Mickey Rourke and Rosario Dawson will be reprising roles, but there are some new faces to watch out for.

Josh Brolin takes over the role of Dwight McCarthy, Juno Temple, Joseph Gordon-Levitt and Eva Green are all also on board.

The movie had been expected to drop this year, but it has now been pushed back to 2014. It will be released in the U.S. August, but a UK date is yet to be revealed. 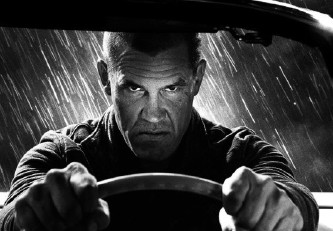 One of the movie that I have been super excited about for some time is Snowpiercer; quite when it is going to be hitting the big screen remains a bit of a mystery.

The movie marks the English speaking debut of director Joon-ho Bong and is based on the French graphic novel Le Transperceneige by Jacques Lob and Jean-Marc Rochette.

Set in a future where a failed experiment to stop global warming creates an ice age that kills off all life on the planet except for the inhabitants of the Snowpiercer, a train that travels around the globe and is powered by a sacred perpetual-motion engine.

A class system evolves on the train, but a revolution brews.

We have been treated to trailers and images from the film and it looks like it is going to be a cracker. 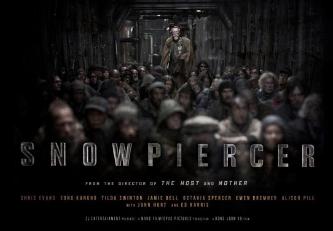 I, Frankenstein will see Aaron Eckhart team up with director Stuart Beattie for I, Frankenstein; which will be hitting the big screen next year.

The movie is based on the novel by Kevin Grevioux, and it will sees Eckhart take on the central role of Adam Frankenstein.

Adam finds himself involved in a war between two immortal clans in an ancient city.

January 2014 is set to be a loaded month and I, Frankenstein is one of the movies that you need to watch out for. 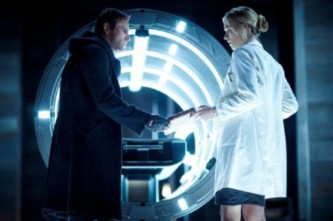 R.I.P.D. has already hit screens in the U.S. but we are going to have to wait until September until we see Ryan Reynolds join forces with Jeff Bridges.

Robert Schwentke has been behind film such as Flightplan, The Time Traveller's Wife and RED in recent years, and he is back at the helm for this new action flick.

R.I.P.D. follows two cops dispatched by the otherworldly Rest In Peace Department to protect and serve the living from an increasingly destructive array of souls who refuse to move peacefully to the other side.

Reynolds and Bridges are set to crime fighting team and are joined on the cast list by Kevin Bacon, Mary-Louise Parker and Stephanie Szostak. 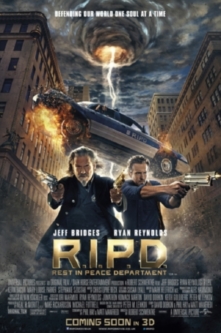 We love Dwayne Johnson here at FemaleFirst and he will be back on the big screen next year with Hercules: The Thracian Wars.

Filming is currently underway on the movie and sees Johnson team up with director Brett Ratner.

The movie is based on the comic by Steve Moore and Admira Wijaya and Johnson will take on the central role of Hercules. 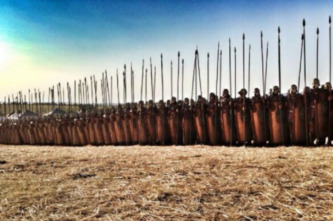