The story is based on the life of author Roald Dahl, who famously wrote Charlie and the Chocolate Factory. 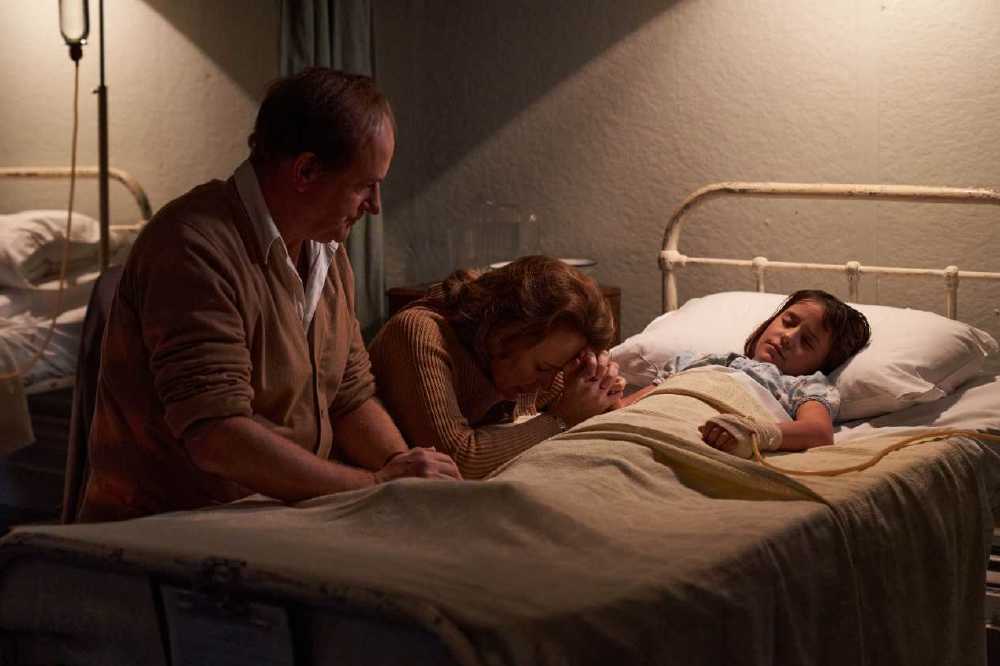 Hugh Bonneville and Keeley Hawes in To Olivia

KEELEY Hawes had no qualms about dressing down for her latest role, as she is always more comfortable away from what she describes as the ‘glam squad’.

A succession of high-profile celebrities have taken to social media in recent weeks to display their no-make-up look, with Maura Higgins, Katy Perry and Cardi B among those posting Instagram images displaying their natural look.

Now Bodyguard and Line of Duty star Hawes has admitted she jumped the chance to portray the role of Patricia Neal alongside Hugh Bonneville in Sky’s highly acclaimed new movie, To Olivia.

The story is based on the life of author Roald Dahl, who famously wrote Charlie and the Chocolate Factory, James and the Giant Peach and the BFG among his collection of classic children’s novels.

Yet this is not the talk of Dahl the iconic writer as instead, Hawes and Bonneville turn in command performances as they portray the story of the tragic death of the couple’s young daughter Olivia, who died from measles in 1962 after she contracted the virus at school when she was just seven years old.

As the couple struggle through the unimaginable loss, their shared grief becomes a source of redemption and strength which changes their lives forever, with Hawes relishing the chance to take centre stage in a movie that did not require hours of preparation with make-up artists.

“I’m not a glamorous person and one of the nice things about being 44 – not that that’s old but compared to being in my 20s – is that I will happily not wear make-up for a week,” began Hawes, who plays the role Patricia, who was an acclaimed American actress and became famous before Dahl.

“In my younger years that would have bothered me, but not anymore. You just become happier with yourself.

“In real life, I don’t walk around with a glam squad and spend seven hours in make-up, so this is real life for her and for me.

“No matter how much make-up I had on, Hugh was always in make-up two hours before me and I was quite smug about that because it’s always the other way around!

“I felt for him, with prosthetics on and make-up, because it’s not easy. And playing such a complicated role, as well. He was incredible.”

Downtown Abbey star Bonneville needed to be transformed to play the role of Dahl and he revealed this project has been in the making for several years.

“I sent the script to me maybe five or six years ago,” he recalled. “It was in a different form, aimed at a terrestrial TV channel.

“I thought it was a fascinating portrait of a marriage and a deeply moving account of a family’s grief. I said, “This isn’t something to be tucked away as a curio on an arts strand, this is a really powerful story and it feels like a feature film.

“I didn’t quite say ‘go away and come back when it’s a movie’ but that’s sort of what happened!” There followed several years of development and to-ing and fro-ing until finally it was all pulled together.”

The Dahl’s became prominent campaigners for the measles vaccine following their tragic loss and the campaign helped to contain the condition following their own family tragedy.

That element of this story has relevance to what we are all currently living through with Covid-19, as the anti-vaxxer brigade to their best to undermine the remarkable efforts of the scientific community to end the global pandemic.

This story follows the couple as they deal with their grief in very different ways, with Roald trying to banish the memory of Olivia in the only way he saw fit.

“For a long time, Roald couldn’t bear to hear Olivia’s name even mentioned,” he concluded. “He closed down completely.

“In effect, Patricia had to live for both of them: she had to run the family and keep her husband from the brink of darkness. Her strength was remarkable in keeping the family afloat.

“When such a loss hits you, you have no idea how it’s going to affect you. The film takes us on a journey through grief, how people respond differently to loss and at different stages, how they cope or don’t cope, and how they emerge.”

Hawes is majestic as Patricia, although she admits she had some concerns about mastering an American accent that had a few elements injected into it.

“I was a little bit worried about doing the accent at first,” she added.

“Patricia lived in England for a long time, she was born in Kentucky, and spent a lot of time in LA, so just getting it in the right place was always going to be a bit tricky.

“I wanted people just to clock it and then concentrate on the story rather than it being all about the accent.

“I worked with a voice coach called who is American which gave me confidence, so he gets all the credit for that.

“I’ve never been asked to do an American accent before, so I loved doing it.”

To Olivia features a poignant final performance from the hugely popular action Geoffrey Palmer (Butterflies and Mrs Brown), who filmed his scenes before he passed away at the age of 93 last November.

From a story of tragedy emerges a tale that plucks at the heartstrings and highlights the importance of true love, in a tale that has something for everyone.

To Olivia, a Sky Original film, is available on Sky Cinema and NOW TV. 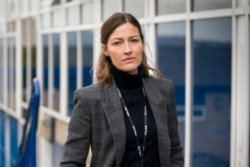 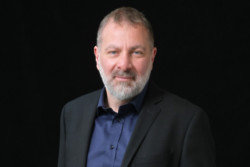 Jed Mercurio wants to 'carry on' with Line of Duty