What did our staff writer, Melissa Allen, think of the female-led superhero movie Thunder Force? 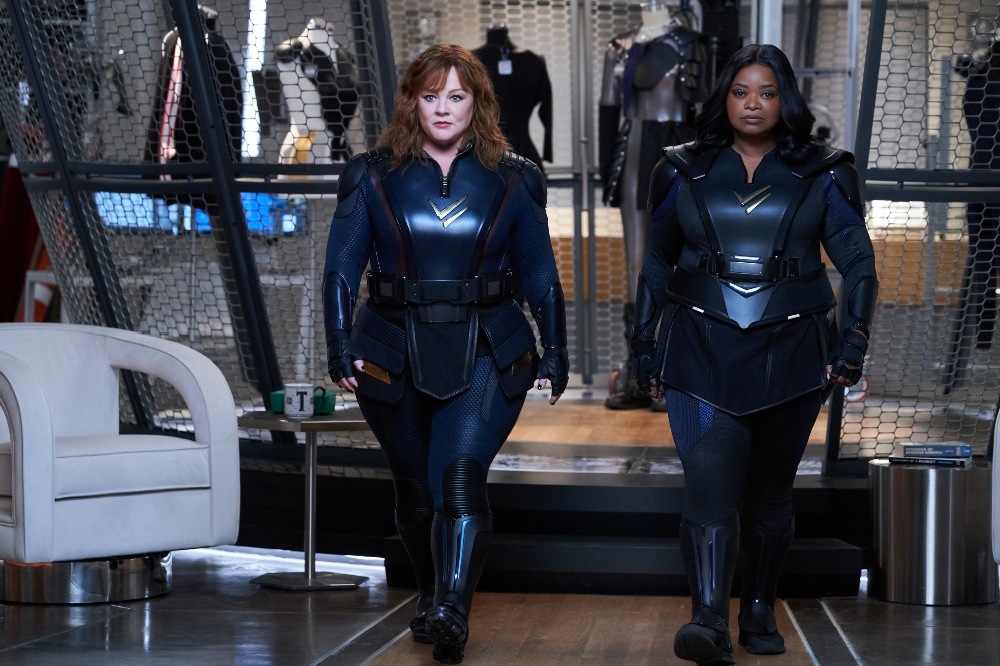 This new film starring Octavia Spencer and Melissa McCarthy has had many people interested in it for a while; a double female-led superhero flick sounds absolutely fantastic - regrettably, this movie was more of a flop than a success.

They stay friends for five years or so, until Emily grows tired of her bestie’s constant want to have fun and not take studying seriously.

Emily’s parents were killed by Miscreants, who’re essentially bad guys with powers. Emily wants nothing more than to finish what her parents started; to figure out a way to give regular people powers too, so they can fight back against the oppressive Miscreants.

Lydia unwittingly seems to stand in the way of that, so the girls part ways.

Many years later on the night of their high school reunion, Lydia wants to patch things up with Emily, and upon discovering she has built an amazing lab in Chicago, where she herself lives, she decides to pay her old friend a visit.

When Lydia arrives at her friend’s posh new lab, she accidentally ruins what Emily has been working on all these years; she gets herself injected with the first of many treatments for super strength.

Emily has no choice but to take the other treatment for invisibility, leaving her furious that she cannot have both powers as she had planned.

From then on, the two women work hard at training in order to give people the hope that not everyone with powers has it out for you.

It must be said that I adore McCarthy. Her infectious energy always radiates well through her films. However this time, this same energy was a tad overzealous, making her performance over the top and cringy, rather than funny.

The film’s plot is simple enough – once they have a hold of their powers, they aim to take down The Crab (Jason Bateman) and Laser (Pom Klementieff); two of Chicago’s most notorious Miscreants.

While I loved Klementieff in Guardians of the Galaxy: Volume 2, her performance here felt very forced and seemed as though she needed to prove she can play a badass character, which sadly did not go well for her.

As for Bateman, his performance wasn’t perfect, but I feel that was due to bad writing for his character, rather than his acting.

I was so excited to see two larger actresses take on the superhero role; as a larger woman myself I felt it was a great breakthrough in the sense that you don’t tend to see this a lot.

On the other hand, the plot coupled with bad writing and a rather lame story meant that the film fell quite a few feet short of what I, and many others, expected of it.

One thing that can be said for this film, is that when the ladies reunite after so long, they do impact on one another. Emily makes Lydia, who usually likes to mess around and just have fun, think more about her life and doing something worthwhile with it.

Lydia instils in Emily a sense of fun that she’s never really had, due to wanting to make her late parents’ dream a reality and focusing on not much else.

Having said that, this film is advertised as a comedy and, I can’t say that I laughed a lot, if at all. I did however cringe quite a bit, especially in the scene where Lydia goes on a date with The Crab – who is a man with crab claws instead of hands…

Speaking of Bateman’s character, it was a genuine shame to see a funny and talented actor such as him being almost downgraded; The Crab’s look was frankly ridiculous. Despite it being a comedy, he just looked so bulky and odd; I feel he could’ve passed this role up and had no regrets of doing so.

Overall, Thunder Force does have great CGI and a decent roster of stars, but I feel that the hype was better than the film itself, and I was sadly very underwhelmed.

Check out the trailer for Thunder Force below!

There are many new films coming out this month, and most of them have us hooked. Netflix has a few great flicks coming to the streaming service this April, such as Concrete Cowboy (available to watch today – April 2nd), and Stowaway released on April 22nd. One film, however, has really piqued our interest; Things Heard and Seen is a horror that looks absolutely amazing...