Gunn’s new trailer showcases the new Suicide Squad in action; but did you notice everything?

Fans are more than excited to see James Gunn take the wheel for The Suicide Squad, as his success at the helm of the Guardians of the Galaxy films for the Marvel Cinematic Universe (MCU) have been a triumph. 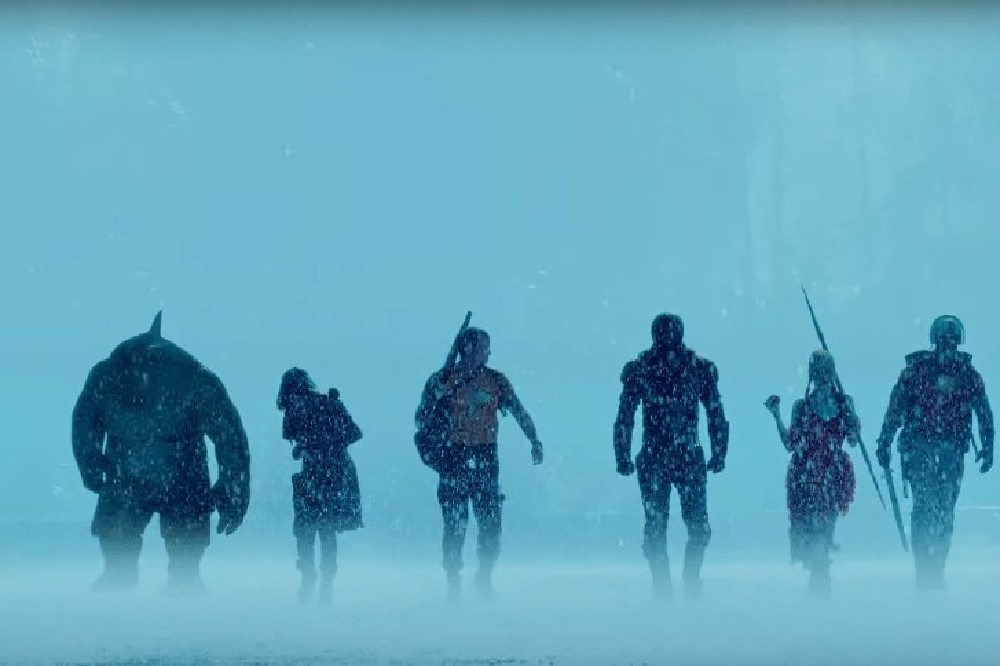 Just some of the characters in The Suicide Squad / Picture Credit: Warner Bros. Ent & DC

However, now he’s tackling the DC Extended Universe (DCEU) by sitting in the director’s chair for one of DC’s most anticipated movies.

The trailer, dropped recently, shows the new crew in action with a mixture of stars from 2016’s Suicide Squad and new ones added to the team of anti-heroes.

We will be seeing Margot Robbie reprise her role as the devious Harley Quinn, Jai Courtney back as the wise-cracking Captain Boomerang, and Viola Davis returning as Amanda Waller.

While watching the trailer, you may think you’ve seen it all. But, there were a few things hidden in there you may have missed; here are a few of them…

1. The Squad will be split in two

Within the trailer’s first look at Amanda Waller, she is seen speaking to the team she sent to rescue Harley Quinn.

As she is speaking to Rick Flag (Joel Kinnaman), Bloodsport (Idris Elba), and other members of the crew, a shot of another team can be seen on one of the monitors.

This team seems to be in a military-style truck, unlike the current team we’re following in the trailer, who arrived in a stolen bus. The vehicle contains characters such as Captain Boomerang, Savant (Michael Rooker), Javelin (Flula Borg), and several others.

This could hint at the fact that both teams will be split for the whole movie, which may also suggest that they may go head-to-head at some point during the flick – although this is just speculation.

While we check out other characters that Waller is collecting for her Task Force in a high-security prison, we come upon a rather odd shot.

A weasel is seen licking the glass of his cell, before realising he is being watched and decides to stop mid-lick, instead staring into space.

This unpleasant rodent is being mo-capped by Sean Gunn, James’ brother. Sean has been in a number of his brother’s movies, most notably perhaps as Kraglin in the Guardians of the Galaxy films.

In the comics, Weasel (real name John Monroe) is a man who dons a weasel costume while committing murders. Here, however, we can see that Gunn has chosen to make Weasel a real-life character; while this is kind of gross, it’s a nice nod to the comics from whence he came.

With the extended roster of characters, it is fair not all of them got decent screen time. However, Nathan Fillion’s character, TDK, got just enough time for fans to get excited about his character’s film debut.

TDK is an odd hero to say the least, who has the ability to remove and regrow his limbs… yeah, gross. This must come in handy however, as why else would he be there?

The character was a fan-favourite in the comic books, so him being cast in this movie comes with a lot of excitement from those who read the stories.

Not unsurprisingly, fans got excited when they heard Peter Capaldi was cast in The Suicide Squad. Capaldi may be most famous for playing The Doctor in BBC’s Doctor Who.

He doesn’t speak in the trailer, and for good reason! He is more or less being interrogated by the team that includes Flag, Quinn, and Bloodsport; with some threats thrown in for good measure.

Flag tells Thinker that if he fails the mission, he dies. Bloodsport chimes in and tells him that if he feeds the team false information, he also dies. Harley adds in that if he has personalised number plates or, if he coughs without covering his mouth, he dies. Not true, but Flag doesn’t mind adding his support to the plea to cover his mouth if he does actually need to cough.

The digs at Thinker suggest he isn’t a trusted member of this crew, and may also infer that he might join the mission halfway through.

5. Starro in the DCEU

The main threat within Gunn’s movie is Starro – a character highly-suspected to be involved since the early days of the film’s reveal.

In the trailer, someone working with Waller states that they have “a freaking kaiju up in this sh*t,” as what appears to be a giant starfish crushes both cars and people alike, before Bloodsport and King Shark give it a quizzical look.

The character has had quite the comic book career, as he was both a sidekick to Batman and an early villain who went up against the Justice League.

Many presumed Starro to be involved with this movie as his fishy features were spotted in promotional images. But now his appearance is confirmed, we can only imagine what will happen when the squad face off against this aquatic beast.

The Suicide Squad is set to hit cinemas on August 8th, 2021!

This past week has been filled with news; from Pierce Brosnan’s new movie role, to rumours of John Wick 4 beginning filming pretty soon, and The Suicide Squad’s new trailer - check it all out below... 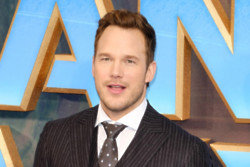 Chris Pratt starts work on Guardians of the Galaxy Vol. 3 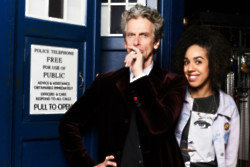 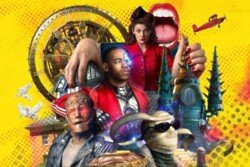