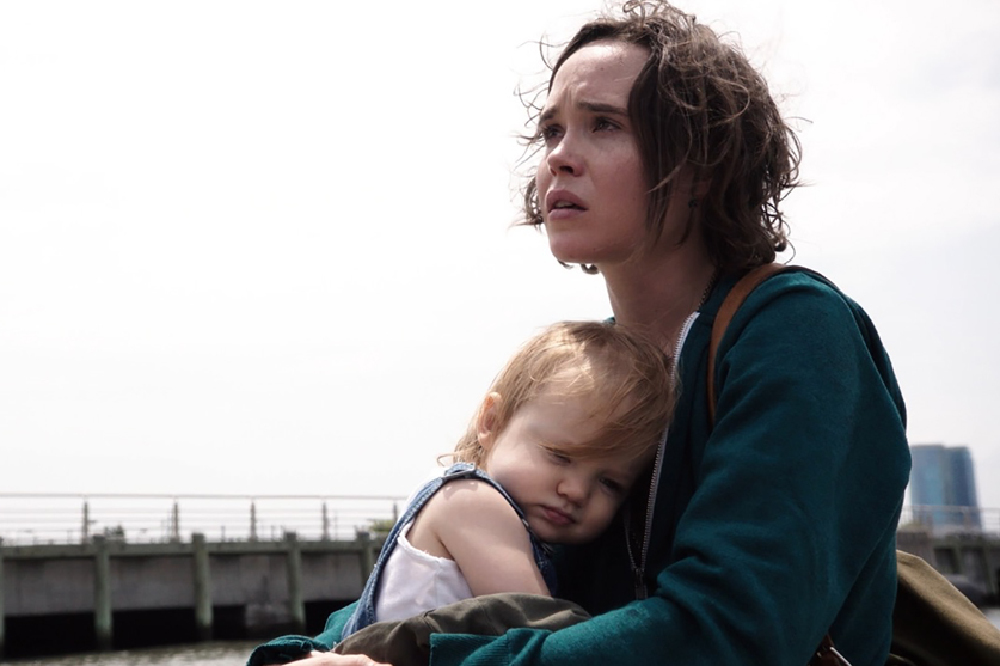 Tallulah is a movie that has lit up the festival circuit and is now about to premiere on Netflix.

The movie marks the feature film directorial debut for Sian Heder, who has brought us short films such as Mother and Dog Eat Dog. As well as being in the director's chair Heder has also penned the film's screenplay.

Tallulah tells the story of a young vagabond, Lu (Page), who lives in a van and is fiercely independent in her hand-to-mouth existence.

When a chance encounter incites her to impulsively "rescue" a baby from a negligent mother, Lu, at a loss for what to do, turns to the only responsible adult she knows: Margo (Janney), who mistakenly believes she's the child's grandmother.

Netflix has premiered some terrific movies so far this year and Tallulah is another that really is not to be missed. This character piece is a wonderful female-driven drama - of which that are not as many as there should be.

Tallulah is a movie that is driven forward by three complicated and dysfunctional women who are all flawed in some way. This is not a straightforward tale of how a young female hero who takes away a child from a bad mother.

In fact, Heder has a lot of sympathy for the mother of the missing child and wonderfully explores the pressure of having children and the changes that brings to you and your life.

Heder shows no sign of nerves with her first feature film and tackles these rather large themes with a real understanding and sensitivity. Throw in a terrific central performance from Ellen Page, and you have a really interesting directorial debut.

Page is one of the most exciting and talented actresses around and she delivers another wonderful performance as Lu. In lesser hands, Lu could have been quite an unpleasant central character, but Page does bring a warmth to her that is a little unexpected.

Lu is a young woman who is lost, is unsure what she wants, and doesn't know where she fits into the world and I think that Page captures all of that uncertainty wonderfully well.

Allison Janney also gives a great performance and I love the chemistry and rapport between her and Page; they worked together on Juno and the familiarity between the two actors really does work well.

I have to admit, I wasn't quite sure what to expect when I sat down to watch Tallulah for the first time, but I found it to be a compelling human drama. Heder has delivered a great directorial debut and she is a filmmaker to watch out for over the next couple of years.

We caught up with director Sian Heder to chat about Tallulah. Read the full interview here

Tallulah will premiere on Netflix today.