Sin City: A Dame To Kill For Review 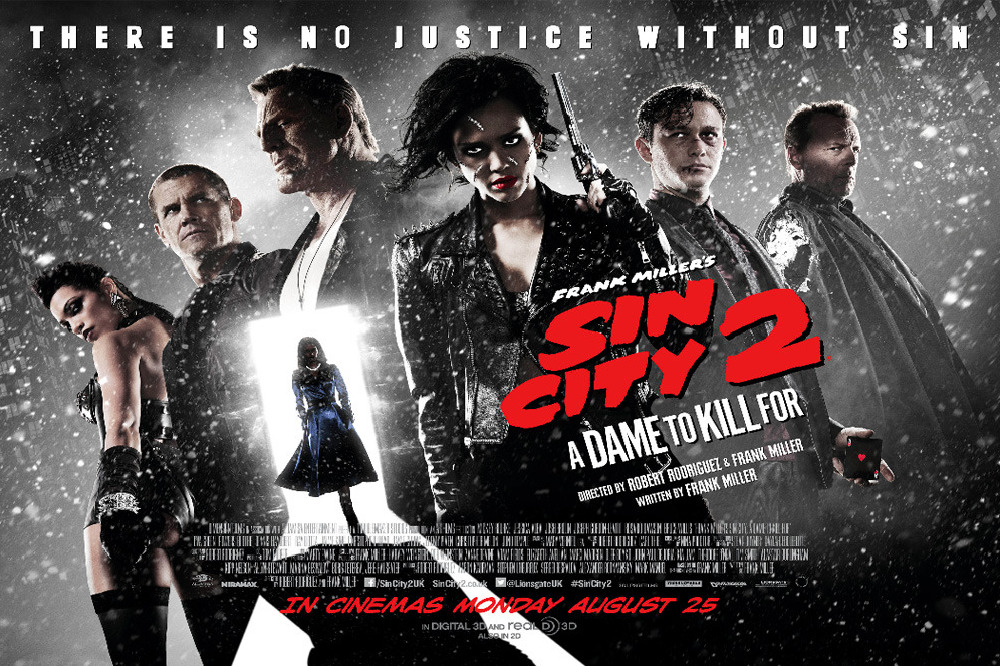 It has been nine years since Sin City hit the big screen - yes it really was back in 2005 when we all settled down to be thrilled by this terrific movie.

After nearly a decade waiting for the sequel, Robert Rodriguez and Frank Miller are back with Sin City: A Dame To Kill For - a movie that brings together some familiar faces as well as new characters.

Weaving together two of Miller’s classic stories with new tales, the town’s most hard-boiled citizens cross paths with some of its more reviled inhabitants.

Ever since the credits ran on Sin City, I have been looking forward to this sequel... however; it is one of the biggest film disappointments for me so far this year.

There is no denying that the film is still visually stunning - it really is one terrific looking film, but beyond that is really did leave me feeling a little cold.

The constant monologues are a little tiresome, and Miller has brought little extra to the characters that we met in the first film in his adaptation.

The first film was packed with interesting characters and relationships, and all that really has disappeared.

Instead, we are just left with violence and grubby sex. No character development, no emotion... and most of all, no fun.

The main problem is, this film brings us nothing new - it really is hard to understand what has taken so long to bring this film to the big screen.

There was something so incredibly daring about the first film - that was one of the things that makes it such a terrific watch - and yet there is none of this here.

Sin City: A Dame To Kill For lacks energy, passion, and fun. We are just left with a bunch of uninteresting characters that are all out to kill one another. Throw in an incredibly disjoined and slow-paced storyline, and you have a film that really is quite dull.

It is so sad to see a movie that is so visually fantastic, offer little else that looking great. I wanted to heap so much praise on this movie, but it really is a major disappointment.

Sin City: A Dame To Kill For is out now.