Dwayne Johnson and Jeffrey Dean Morgan give good performances in Rampage, but does the film break the video game movie adaptation curse completely?

Based on the classic video game of the same name, but bringing heart and emotion to a title that was pretty much about causing as much destruction as possible for little to no reason, Rampage dropped in cinemas this week and hoped to break the video game movie adaptation curse. In the past, films based on video games haven’t done very well at all with the critics, so has Rampage managed to break the mould? Let’s take a look at some of the biggest reviews… 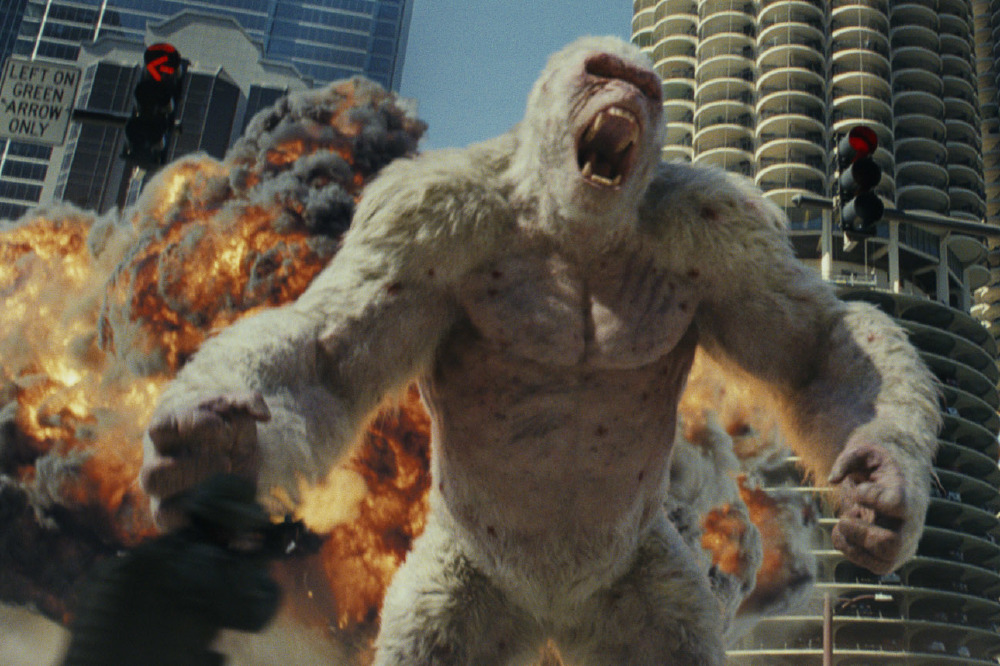 George is an unhappy primate in Rampage

Rolling Stone: “The worst of the bunch is Claire Wyden (Malin Akerman), whose Energyne lab is responsible for messing with Mother Nature to use creatures as weapons. She and her idiot brother, Brett (Jake Lacy), are, of course, the real monsters – a concept which inspires both of these performers to overact like crazy. That disease spreads to other cast members, though the great Jeffrey Dean Morgan – Negan on The Walking Dead – is so entertaining as a CIA agent who dresses and drawls like a cowboy that you go with it.”

The Atlantic: “Of the ensemble, Morgan is having the most fun by giving his government agent character a Foghorn Leghorn accent and a heaping scoop of Texas swagger. As the corporate villains, Malin Akerman and Jake Lacy are as cartoonish as possible, trying to play to the back of the theater (she’s mean; he’s stupid), but the particulars of their wicked plan never make enough sense. The real antagonists, of course, are the monsters.”

Standard: “Johnson’s range may be limited but there’s more to him than the outlandishly large biceps, a megawatt screen presence and oodles of natural charm. He can act. More importantly, in this case, he can keep a rigidly straight face when delivering or reacting to lines such as “George and the wolf have linked up… and they’re heading for Chicago!””

Metro US: “It is Jeffrey Dean Morgan that steals the entire film as a gun-wielding Texan, though, as his Southern drawl makes everything he says sound witty, wise and cool. Morgan has such chemistry with Johnson that it is enough to make you dream he will be his running mate, if the former wrestler actually does take a shot at the Presidency.”

We Got This Covered: “For what it’s worth, the final encounter, when it arrives, is just about exactly what you’d expect it to be. In fact, all of Rampage is what you’d expect to be; it doesn’t offer anything to the monster movie, the video game adaptation, or the Dwayne Johnson vehicle (this is The Rock’s fourth action-packed collaboration with Peyton), but it checks off all the boxes that go with each category, providing just enough entertainment to make it somewhat tolerable.”

Rampage, which currently sits at 50% on Rotten Tomatoes, is available to watch now in cinemas across the UK.