Paul Rudd and Emile Hirsch are back on the big screen this autumn as they team up for new film Prince Avalanche.

The movie is loosely based on the Icelandic film Either Way from 2011, and sees David Gordon Green back in the director's chair.

And we have the brand new UK trailer for the film for you to take a look at:

Green has been behind films such as Your Highness, Pineapple Express and TV series Eastbound & Down in recent years.

Prince Avalanche sees him return for his first feature film since The Sitter at the beginning of 2012; he has also penned the screenplay for the new movie.

As for Rudd we have already seen in This Is 40 and This Is The End so far this year but he is set to lead this cast in this latest film.

The movie follows Rudd and Hirsch's characters as they spend the summer away from their city lives.

An odd couple of sorts, Alvin (Rudd), meditative and stern, and his girlfriend’s brother Lance (Hirsch), dopey and insecure, leave the city behind to spend the summer in solitude repainting traffic lines down the centre of a country highway ravaged by wildfire.

As the two begin their gradual journey across the landscape, swapping stories and butting heads, what unfolds is an unexpectedly humorous yet moving examination of an unlikely friendship that reveals distinct approaches to finding one‘s way in life. 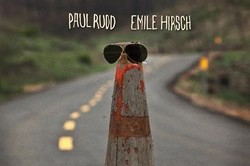 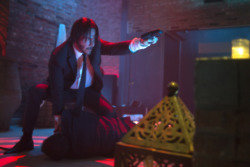 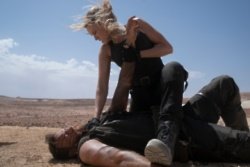 Get your first look at Sonya Blade, Sub-Zero and more in pictures from the new Mortal Kombat movie