We all remember the original Point Break, released back in 1991 and starring Patrick Swayze and Keanu Reeves... now the first trailer for the remake has arrived.

This time around, Point Break features much more than just surfing as extreme sports is at the centre of this brand new - and what looks set to be an action packed movie.

Édgar Ramírez and Luke Bracey take on the central roles of Bodhi and Johnny Utah and this brand new trailer shows the pair of them in action... check it out:

Point Break marks the return of Ericson Core to the director's chair in what is his first feature film since Invincible back in 2006 - this is also only the second feature of his directing career to date.

The movie looks set to send the stars of Ramirez and Bracey rocketing even further and they are joined on the cast list by Teresa Palmer, Ray Winstone, Delroy Lindo, Bojesse Christopher, Tobias Santelmann, and Matias Varela.

A young FBI agent, Johnny Utah (Bracey), infiltrates a cunning team of thrill-seeking elite athletes - led by the charismatic Bodhi (Ramirez). The athletes are suspected of carrying out a spate of crimes in extremely unusual ways.

Deep undercover, and with his life in imminent danger, Utah strives to prove they are the architects of this string of inconceivable crimes.

Hard to believe that the original Point Break is over twenty years old - yes it really was 1991 when the Kathryn Bigelow movie hit the big screen. Sadly, we are going to have quite a wait before the new movie hits the big screen, as we are not going to get to see Ramírez, Bracey and co until January of next year. 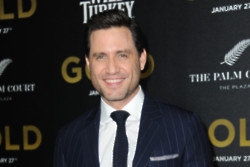 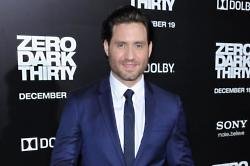