Mike Leigh returns to the director's chair this week, with the already critically acclaimed Mr Turner. 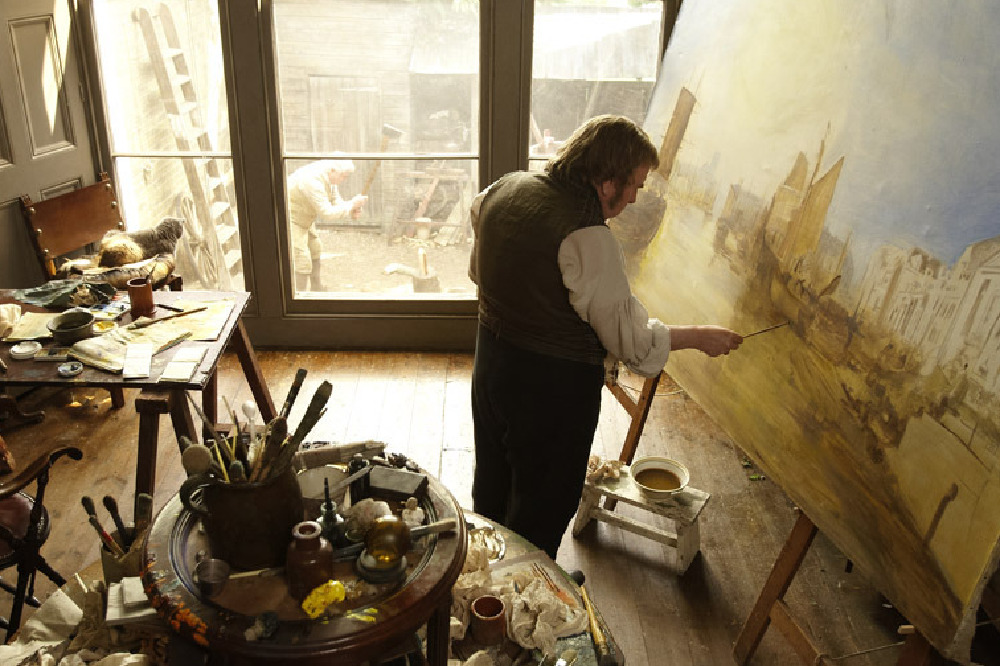 Mr Turner sees Leigh reunite with actor Timothy Spall - who takes on the title role - as they tell and explore last twenty-five years of Turner's life.

It is always exciting when a Leigh movie is about to hit the big screen, and we have been treated to some mighty fine films during his directing career.

We are thrilled to see him back in the director's chair, and we take a look at some of the Mike Leigh movies that you just have to see.

It was back in 1991 when Life Is Sweet hit the big screen in the UK, and saw Leigh on writing as well as directing duties.

Leigh is known for capturing real life, and that is exactly what he does with Life Is Sweet, as he explores day-to-day conventions as well as family life and relationships.

There is just something so relatable about the characters that he has created - couple that we great performance from the four main actors - and you have a movie that is a real treat.

This movie captures the spontaneity and uncertainty of life, as well as showing how fascinating life actually is.

Leigh returned to the director's chair in 1996 as he helmed and wrote drama Secrets & Lies.

Secrets & Lies was another family drama, as a successful black woman traces her birth mother to a lower class white woman - who denies it. It is not long before many long kept secrets are out in the open.

It would have been so easy for this movie to descend into soap opera and melodrama 'I am not your mother' sort of thing, but in the hands of Leigh, this is an emotional movie that really does pack an emotional punch.

Brenda Blethyn is just terrific, as a woman who finds her past has come back to haunt her, while Marianne Jean-Baptiste just want to find the truth of who she is and where she has come from.

While Secrets & Lies is packed with emotion, it is as funny as it is heart-warming, and it remains one of Leigh's most popular movies.

Leigh teamed up with actress Imelda Staunton back in 2005, as he wrote and directed the wonderful Vera Drake.

The movie followed Vera, who secretly helped women induce miscarriages for unwanted pregnancies - a practice that was illegal in 1950s England. But when the authorities find out, Vera's world starts to fall apart.

Staunton took on the title role in the film, and this remains one of the actresses greatest big screen performances - and she has given many over the years.

Leigh brilliantly creates a film that is both a social and character study. Whilst doing that, he delivers a non-judgemental view of abortion - leaving the audience to make up their own mind on where they stand.

Leigh has created a complex, interesting, compassionate, and very human character, and together he and Staunton brought her to life in such a magnificent way.

Vera Drake won the Golden Lion for Best Film and the Volpi Cup for Best Actress at the Venice Film Festival and went on to be nominated for three Oscars: Best Actress, Best Director and Best Original Screenplay.

Happy-Go-Lucky is one of my favourite Leigh movies, and was a film that really helped put actress Sally Hawkins on the map.

Hawkins took on the central role of Poppy - and eternal optimist whose upbeat nature tend to infuriate those around her.

What is so great about this film is nothing remarkable actually happens to Poppy during the course of the movie but it's her boundless energy and positive look at life that makes this character so likeably and this film so upbeat.

I love Hawkins in this role as she is so captivating as Poppy that she just draws you into the story and into that world. She may be an optimist, but Leigh as written her in a way, that she never becomes tiresome or annoying.

As I said earlier, Leigh is best known for his realism movies, and they can sometimes be a little dark and gritty, Happy-Go -Lucky is something completely different as Leigh creates another fascinating character study.

Happy-Go-Lucky really did help to propel the career of Hawkins, as she went on to win a Golden Globe for her performance.

Other movies not to miss include Another Year, All or Nothing, Career Girls, and Topsy-Turvy.

Mike Leigh: I don't like being told what to do