'Once Upon a Time in Hollywood' beat the likes of 'Joker', 'The Irishman' and 'Marriage Story' to be named Best Picture at the 2020 Critics' Choice Awards. 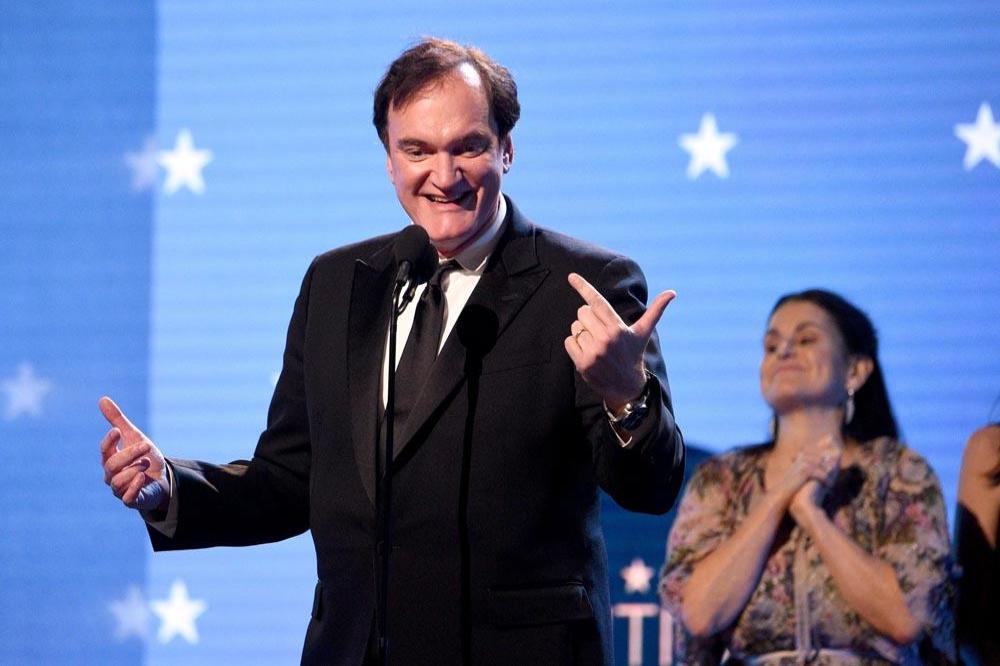 Quentin Tarantino was on hand to pick up the golden trophy at the ceremony at the Barker Hangar in Santa Monica - which was hosted by Taye Diggs - on Sunday night (12.01.20) and also accepted Brad Pitt's prize for Best Supporting Actor for his portrayal of stuntman Cliff Booth in the comedy-drama, as he was notably absent from the ceremony.

Thanking the Critics' Choice on behalf of Brad, the legendary filmmaker said: "I agree with the critics for the very first time!"

He had tried to get the movie's star Julia Butters (Trudi Fraser) to step in for Brad, but she handed the accolade back to the film's helmer.

Meanwhile, Robert De Niro quipped that he "wasn't expecting" 'The Irishman' to win just one gong after being nominated for 14 prizes.

The crime drama - which was directed by Martin Scorsese and also stars Al Pacino, Harvey Keitel and Sebastian Manascalco -only ended up scooping Best Ensemble.

Whilst on stage collecting the accolade, the Hollywood legend laughed: "Thank you, thank you very much, I wasn't expecting it, frankly, at this point, but it's great, we're all very happy and appreciative."

The movie had been shortlisted for Best Picture, which went to 'Once Upon a Time in Hollywood', whilst De Niro lost in the Best Actor category to 'Joker' star Joaquin Phoenix.

Pacino added that the cast and crew were "really grateful and thankful for the Critics' Choice Ensemble work that we did in this film, 'The Irishman'."

The 'Godfather' legend, then gave a shout-out to the movie's director.

He added: "Last but not least, [Martin Scorsese], 'for putting together this cast and sort of helping us out and bringing us along."

The likes of 'Knives Out, 'Little Women', 'Bombshell', 'Marriage Story', 'Once Upon a Time in Hollywood' and 'Parasite' lost out to the Best Ensemble prize.

Sam Mendes and Bong Joon Ho tied for Best Actor for '1917' and 'Parasite' respectively, Quentin Tarantino went home with Best Original Screenplay for 'Once Upon a Time in Hollywood', and Greta Gerwig's 'Little Women' won Best Adapted Screenplay for her take on the 1868 novel of the same name by Louisa May Alcott.

'Once Upon a Time in Hollywood'