The Woman In Black Remains Top Of UK Box Office

The Woman In Black

The Woman In Black has remained at the top of the UK box office for a second week.

The horror movie is scaring audiences up and down the country as well as winning over the critics and it has taken a further £3.5 million to remain the #1 movie.

But it was close at the top of the box office this week as The Muppets took £3.4 million to stay at number two.

Ghost Rider: Spirit of Vengeance, which sees Nicholas Cage return as Johnny Blaze was the only new entry inside the top ten this week at number three.

Star Wars: Episode I - The Phantom Menace fell a single place to four while Journey 2: The Mysterious Island was up one from six to five.

The Vow and Chronicle were both down two places this week as they finished at six and seven while there was just a single place drop for The Descendants.

After all of the Bafta success of the previous weekend The artist was back in the top ten as it climbed two places to nine.

War Horse dropped two places this week to round out the top ten.

tagged in Ghost Rider The Muppets Nicholas Cage The Woman in Black War Horse The Descendants The Artist The Vow Ghost Rider: Spirit Of Vengeance Chronicle Journey 2: The Mysterious Island 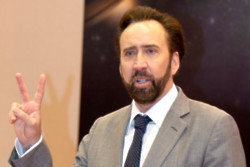 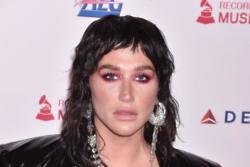 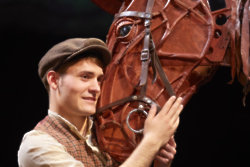