Teaser Poster For Sin City: A Dame To Kill For 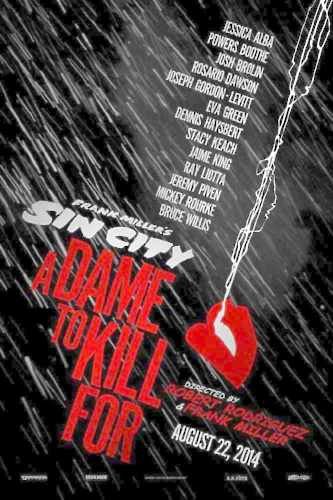 Sin City: A Dame To Kill For is one of the most anticipate films of 2014, as it is the long awaited follow-up to Sin City.

Sin City was released back in 2005 and it has been a long wait to see a second adaptation of Frank Miller’s graphic novels to hit the big screen.

However, we won’t have to wait too much longer the film will be released next year, and Yahoo have released the first teaser poster for the movie.

Robert Rodriguez and Frank Miller himself are in the director’s chair and they have brought together a fantastic cast for the film.

The likes of Bruce Willis, Jessica Alba, Rosario Dawson and Mickey Rourke are all returning to roles from the Sin City. However, there are also some new faces to watch out for as Joseph Gordon Levitt, Eva Green, Josh Brolin and Ray Liotta are all also on board.

Sin City: A Dame To Kill For is released