Salma Hayek was once told she needed to dumb herself down and talk faster for a movie role.

Salma Hayek was once told by a director to "sound dumber and speak faster". 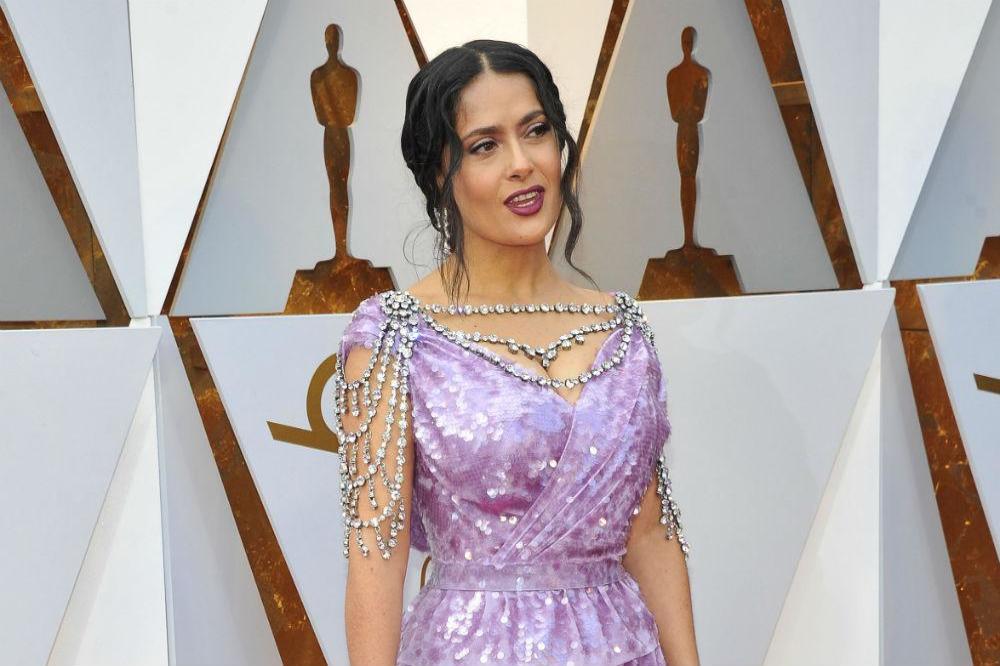 The 'Like a Boss' actress has revealed she was very inspired by her Polish teacher growing up in Mexico who taught her lots of things about work ethic and being passionate about every "single detail".

Salma told Total Film magazine: "I had a Polish acting teacher in Mexico, and he taught me so many wonderful things aside from acting.

"You could never miss a class.

"One time, one of the people in the class didn't come and showed up after three days with a paper from the doctor.

"He came over to him and said, 'Is that your death certificate?'

"And he said, 'You can walk out and never come back.

"If you're doing theatre, will you go to the audience and say you were sick?

"You were not sick enough.

"If you were in the hospital, I'd understand.

"But two days in bed ... don't show up with that paper to my class. This is not a joke.

"You are either committed to this class or you don't belong here.'

"I remember I was doing this one play.

"I started sweeping and he stopped and said, 'Sit down - you're not coming up here for two weeks because you don't sweet correctly.

"You have to do the research about every single detail.

"You have to love every single prop.'"

The 53-year-old star - who started her career on Mexican soap 'Teresa' in 1989 - hasn't been able to put the lessons into practice much during her career because some director's "don't let you".

And she recalled how one time one, she was instructed to dumb herself down.

She added: "Unfortunately, I never had a lot of chances to do parts where I could use a lot of the things I learned.

"Or you learn them and they don't let you."

"I've had directors say to me, 'Dumber and faster. Sound dumber and speak faster!'"