Hollywood director Brad Peyton says Dwayne Johnson is his movie muse because they push each other to be better. 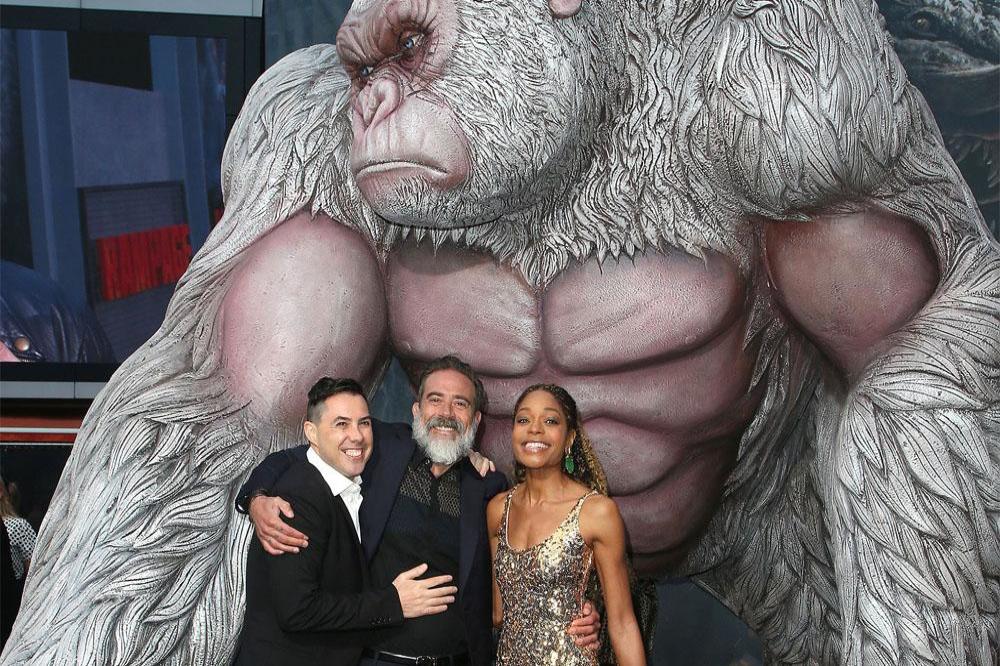 The 39-year-old filmmaker and Johnson, 45, have teamed up for a third time on new creature feature 'Rampage' - which is based on Midway's 1986 monster-packed video game of the same name - having previously collaborated on 2012's 'Journey 2: The Mysterious Island' and 2015 disaster flick 'San Andreas'.

Peyton admits Johnson has proven to be a fantastic leading man for him and he believes the former WWE Superstar enjoys having him behind the camera because he's able to unlock his "superpowers" on the big screen.

Speaking to Collider.com, he said: "When I was a really poor, young, aspiring filmmaker, I watched and read everything that I could. I would read every book on filmmaking and watch every interview, and I remember seeing an interview with Dwayne for the 'Gridiron Gang', and I thought to myself, 'Man, he seems like a genuinely good person.' I was 21 years old and I was like, 'Out of all the stars in the world, I think I'd get along with him.' And then, when I working with him, I was like, 'He is that thing.' He is a genuinely good, hard-working person, who has his heart in the right place and an abundance of talent. I can work with him because I relate to him, but he has all of these superpowers that I don't have. It's a really interesting working relationship. Ultimately, what's great about it, when we get together, is that I feel we make each other better. The end product becomes greater than the sum of the parts, which is not always the case. I feel really, really fortunate that that's how we work."

In 'Rampage', Johnson plays primatologist Davis Okoye who must save America from a giant gorilla, mammoth wolf and gargantuan crocodile, who have all grown to enormous sizes due to a form of genetic mutation.

Peyton says Johnson - known as The Rock during his wrestling career - has all the qualities needed to carry an action-packed blockbuster because you believe he could actually save the world from such fantastical threats.

He said: "He's larger than life, in real life. I don't quite totally understand it, but when he does things, you just believe it. I deal with this, as a filmmaker, where I'll see a line written and be like, 'I don't know about that.' And then, he'll do it, and I'm like, 'Damn, that is movie star charisma!' I think it's that. He has this fearlessness and self-belief, mixed with more charisma than 400 normal people taped together. He just has that thing, so when he fully devotes himself to an idea, you go, 'Yeah, of course he could save the world!' I try to support that with good storytelling, emotion and rationalisation, as to how someone could do all this stuff, but it's amazing how much people just want to believe it. People want to get on the ride with Dwayne."

'Rampage' has an all-star cast which is also comprised of Naomie Harris, Malin Akerman, Joe Manganiello, Marley Shelton and

Jeffrey Dean Morgan among others, and it is out this week.