Check out some of the most exciting film news from the past week!

New trailers, casting choices and news of movie releases are all within our weekly film-related roundup; check them all out below! 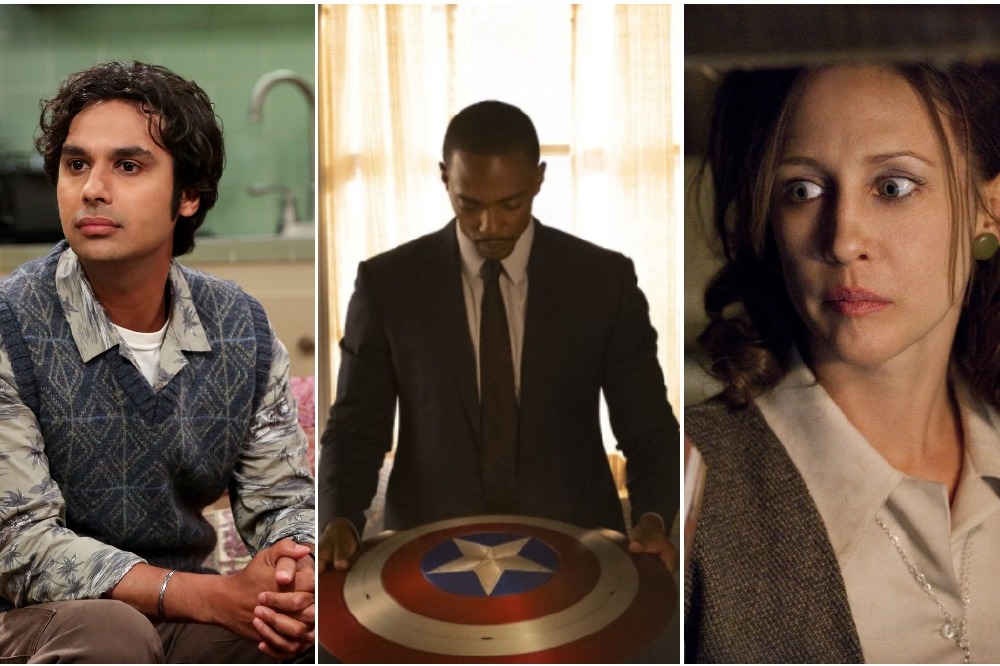 Captain America 4 has been announced

As we all know, Chris Evans no longer wears the star-spangled suit he did for so many years, and now it seems that Anthony Mackie will be taking over the role, given the events of the last episode of the Disney+ show, The Falcon and The Winter Soldier.

‘CAPTAIN AMERICA 4’ is in the works with Malcolm Spellman and Dalan Musson set to write the script.

The new movie will reportedly be separate from Steve Roger’s (Evans) character and story, and rightly so as his arc was finished well in Avengers: Endgame. The new film will more than likely focus on the new Captain America, Sam Wilson (Mackie).

The movie is in development from Malcolm Spellman, the Marvel series’ showrunner. Despite rumours and fan predictions, Evans does not appear to be involved in this project, but it does seem he may return to the Marvel Cinematic Universe (MCU) in a different manner entirely.

Wilson’s hesitance to take up the mantle that his friend Steve one did was felt at the end of Avengers: Endgame, and at the start of The Falcon and The Winter Soldier; however, Wilson’s want to continue his friend’s memory overpowered his anxiety of carrying the shield.

What does this new film mean for the MCU? Will Wilson continue to be the beacon of hope that Steve was? Guess we’ll find out.

The Warrens quickly became a popular fictional family known in the horror genre after the 2013 film The Conjuring hit cinemas. Since then, Ed (Patrick Wilson) and his wife Lorraine (Vera Farmiga) have been at war with evil spirits.

True horror returns. Based on the case files of Ed and Lorraine Warren. #TheConjuring: The Devil Made Me Do It, in theaters and @HBOMax June 4. pic.twitter.com/a4WOf5eTTV

The Conjuring franchise has, over the years, become a staple of horror in cinema and forced fear upon the Warrens time after time.

Ed and Lorraine’s newest venture, titled The Conjuring: The Devil Made Me Do It follows a man who claimed that he murdered his landlord due to demonic possession. First, the couple must contend with the child that seemingly passed on the demon or spirit; and Lorraine may be affected like never before.

As the couple defend the man suspected of murder, they implore people to believe his story and urge them that they need to believe in the Devil.

We will see Ed and Lorraine's journey in cinemas and HBO Max on June 4th!

There are many movies out there that follow a poor soul whose been bitten by a werewolf, or something of that nature. Now, the trailer for Werewolves Within shows that you may in fact be able to teach old dogs new tricks.

Ubisoft's Werewolves Within has been turned into a movie, and it looks to be equal parts horror and comedy with a dash of neighborhood spirit.

IFC Films’ have released a trailer for their new movie based upon a 2016 Ubisoft VR release of the same name; the game focuses on villagers who must decide which of them is the werewolf before it’s too late.

The film, directed by Josh Ruben, follows the story of a postal worker and a park ranger, who seem to be stuck in a will-they-won’t-they rut; this is of course halted by the arrival of werewolves in their town.

Trust is damaged and tensions rise as a group of people become less and less able to tell who is human, and who is lycanthrope…

Star of Sister Act and long-time superhero film fan Whoopi Goldberg is writing her own protagonist film, centred on an elderly black woman.

.@WhoopiGoldberg is writing a superhero film about an older Black woman: “Since I was a little kid, I’ve been obsessed with superheroes. They’re all saving the earth all the time. But do you know who’s really going to save the earth? Old Black women.” https://t.co/7Kimk6HByg pic.twitter.com/n37OCgwppO

Goldberg has been in the business a long time, and has done more or less all there is to be done. Recently she has been a host on The View, and is preparing herself for her role in M.O.D.O.K.

At the moment, there isn’t much information to go off, other than that the actress told Variety that the movie will focus on an average citizen, who gains powers and learns to use them over the course of the film.

Goldberg intentionally created the hero to be an elderly black woman, both to bring in humour, and to show that someone who isn’t usually in the spotlight can do the job.

Recently we heard that Carey Mulligan, lead in the film Promising Young Woman, will be co-starring alongside Adam Sandler in his new Netflix film, Spaceman.

Netflix is recruiting a top-notch crew for #Spaceman

Now we have the great news of Kunal Nayyar, who played Raj Koothrappali in hit sitcom The Big Bang Theory, being added to the cast for Sandler’s newest cinematic venture.

The sci-fi drama follows an astronaut (Sandler) who finds help in the most unlikely of circumstances, as he is sent to collect a special powder from the galaxy.

While there isn’t much news surrounding Nayyar’s role in this movie, it will be great to see him take on another sci-fi role – we only wonder who he will be playing!

It’s been another exciting week for fans of the small screen. We saw Marvel Studios’ The Falcon and The Winter Soldier come to an end over on streaming service Disney+, but that simply means we’re one step closer to seeing the Tom Hiddleston-led Loki original series on the same platform later this year...