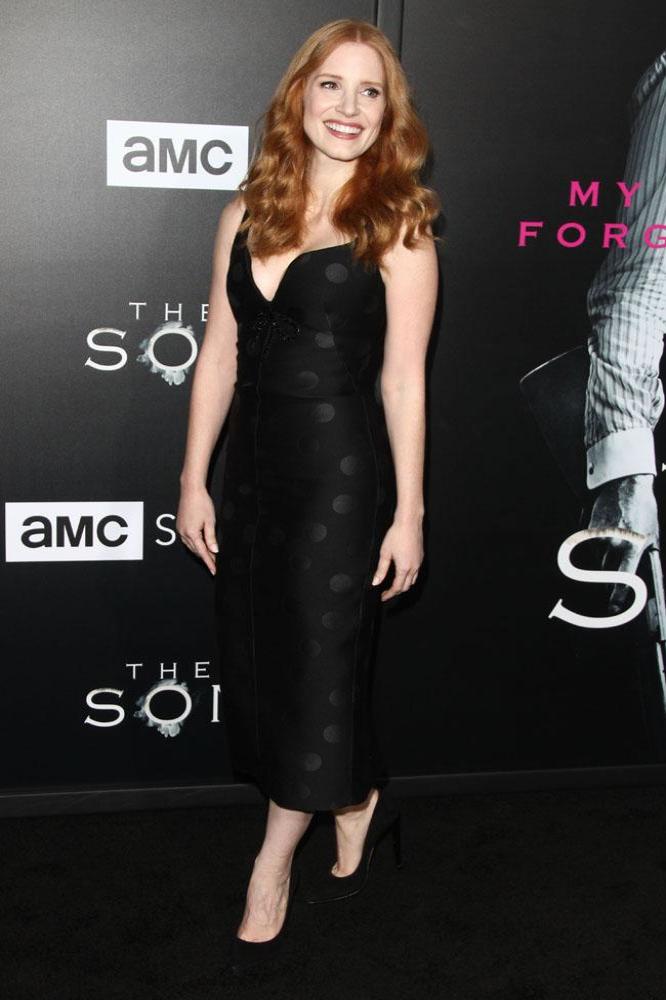 The 40-year-old actress plays the lead role of political lobbyist Elizabeth Sloane in the upcoming thriller 'Miss Sloane' and the character takes drugs to stay awake so that she can work longer hours, but Chastain admits she'd never resort to such measures because she can fall into a "deep" and restorative slumber at a moment's notice.

Speaking about filming the Aaron Sorkin directed movie, she told Metro newspaper: "This is a schedule I never meant to set up. When I signed on for Aaron's film, 'Miss Sloane' didn't have a release date. But all of a sudden everything happens at once. I can sleep anywhere. That's something I've realised about myself. It's why I can travel backwards and forwards so much for work. I can go to sleep very quickly and I sleep very deep so I don't even remember when I've fallen asleep...it's a deep recharging."

Chastain's Elizabeth is one of the most sought-after lobbyists in Washington D.C. who switches sides when her company ask her to rally against an anti-gun campaigner's bill to impose stricter fire-arm regulations.

But rather than play fair, her old colleagues personally target her in order to destroy the bill's chances of being voted in and Chastain says she was shocked when she discovered how the political system in America actually works after reading the script.

Chastain said: "I was fascinated with it because I didn't understand the American political system. I was naïve. I thought the people voted on policy or they chose policy."

The actress says the movie highlights the prejudice that strong women, like her character and the likes of former presidential hopeful Hilary Clinton, are "bitches".

She explained: "To compete, to be strong, to be noticed, you really have to show up as a woman. We've seen this with Hilary Clinton and a lot of women in the American press... when a woman is ambitious, or a perfectionist, it's 'OK, she's a bitch'. That's what people call her and it's a terrible word. I hate that word! The women then have to try be liked. The have to be strong or leaders. But they don't want to alienate someone."

'Miss Sloane' is in cinemas from Friday (12.05.17) and comparethemarket.com customers get 2 for 1 cinema tickets with Meerkat Movies.

April marked the second anniversary of Meerkat Movies, which helps customers put even more money back in their pockets by rewarding them with 2 for 1 cinema tickets, every Tuesday and Wednesday, for a year.