Mickey Rourke threatened to knock out his Ashby director's teeth if the film's cut-price fight co-ordinator messed up his new $100,000 (£59,000)-plus dental work. 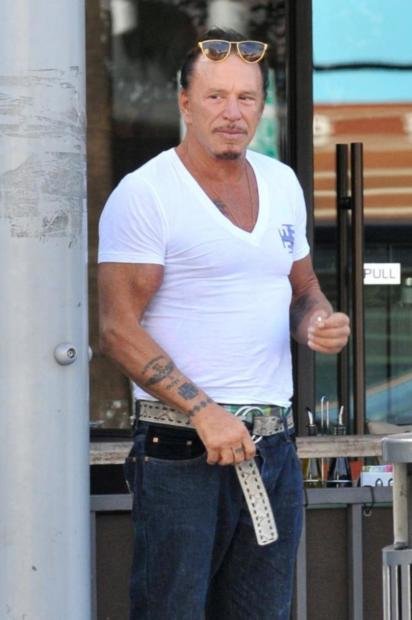 The Wrestler actor had the work done after his Sin City A Dame to Kill For co-star Dennis Haysbert dislodged an implant during a fight scene in the new Robert Rodriguez movie.

He explains, "He caught me, first punch - and he's a big dude... He did a great job and it was just an accident... We finished it out and a couple of months after the movie was over, I went to my dentist and he said... 'You have to have the surgery... because it's been 20 years (since the implants were fitted) and your teeth are gonna fall out in your soup'".

Rourke showed off his new teeth during an appearance on U.S. late night show Jimmy Kimmel Live! on Thursday (07Aug14) and explained he feared he'd have to revisit the dentist as he prepared to square off with actor Nat Wolff while filming Ashby in North Carolina.

He said, "I was watching him shaping up and I'm going, 'I'm gonna get hit in my new teeth' - $110,000 worth of teeth... I thought the guy they hired (to co-ordinate the fight scene) was a hack, so I said to the director, I made him a deal, I said, 'Here's the deal... he hits me in the mouth, I'm not gonna hit him in the mouth, I'm gonna come over and I'm gonna knock seven of your teeth out.' "He (director Tony McNamara) brought in my guy and it went great". 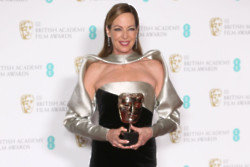