Starring Viola Davis in the titular role, alongside the late Chadwick Boseman, the movie's set to drop on the streaming platform in mid-December.

Ahead of release, Netflix unveiled the first trailer, which you can watch below:

Davis' lead character Ma Rainey is regarded as the legendary "Mother of the Blues" in 1920s Chicago, but she faces one of her biggest challenges in a battle of wills against her white manager and producer over control of her music.

Late to an afternoon recording session, tensions and temperatures arise as the course of our character's lives are changed forever.

Boseman takes on the role of ambitious trumpeter Levee, who has an eye for Ma's girlfriend and is determined to make a stake on the music industry.

Utilising his charm and gift of the gab, he spurs his fellow musicians on to reveal long-held secrets and stories that blow a hole in the business wide open.

Already tipped to be in the running for an Oscar nomination, Ma Rainey's Black Bottom has aimed to celebrate the "transformative power of the blues and the artists who refuse to let society's prejudices dictate their worth.

With names such as Davis, Boseman and Domingo on board, the movie is sure to drive home the message of equality and morality that is still so important today.

Denzel Washington, Todd Black and Dany Wolf serve as producers on the film, with Constanza Romero as executive producer.

Grammy winner Branford Marsalis provides the score, which promises to be one of the most memorable of the year.

Following the untimely death of Boseman earlier this year, fans have been looking forward to seeing the actor in what is being touted as his final film.

Seeing his incomparable talents on the screen once more reminds us all of the brilliance he possessed whenever he stepped in front of the camera.

The star had been set to produce and take on the titular role in samurai story Yasuke, but the project was unfortunately never completed ahead of Boseman's passing.

Boseman and his Ma Rainey's Black Bottom co-stars can be seen in the stunning character posters in the gallery below.

Ma Rainey's Black Bottom is set to release on Netflix on December 18th, 2020.

RELATED: Get your first look at Shondaland Netflix original Bridgerton coming this Christmas

Netflix have this week released a slew of first look picture from their upcoming original series, Bridgerton, inspired by Julia Quinn’s novels. The show will be the first to come from Rhimes' production company, Shondaland, and is created by longtime Shonda Rhimes collaborator, Chris Van Dusen (Scandal, Grey's Anatomy)... READ MORE 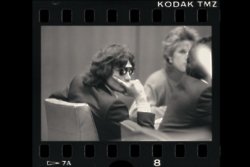 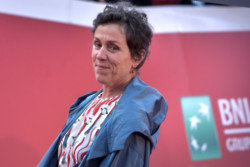 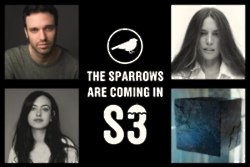