Anthony Hopkins is set to lead an all-star cast in new film Kidnapping Freddy Heineken and the brand new trailer and poster have arrived. 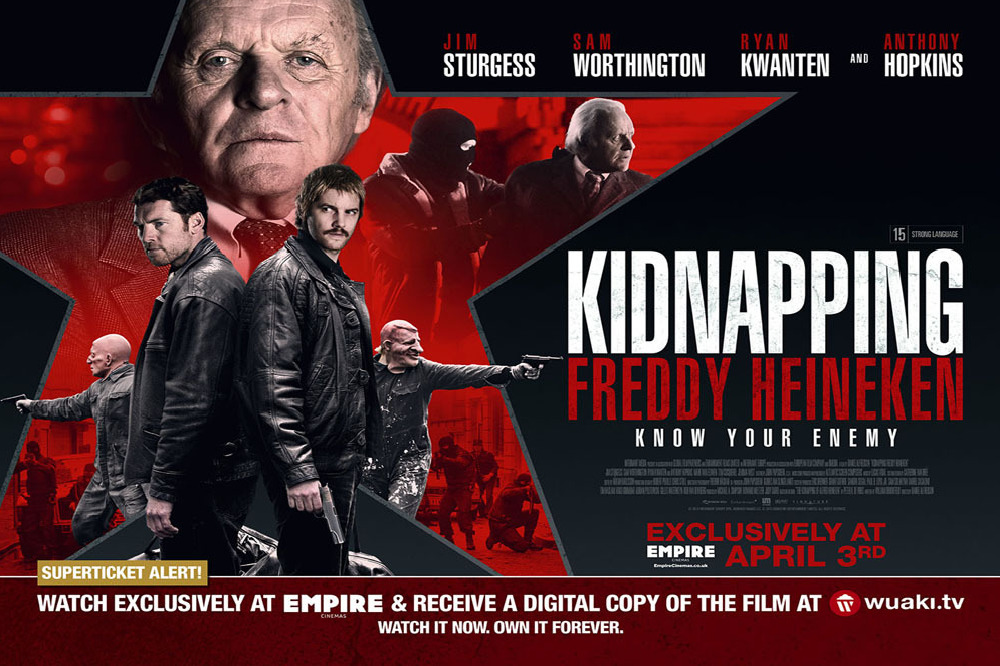 Hopkins is set to take on the role of Heineken in the film, and is joined on the cast list by Jim Sturgess, Sam Worthington, and Ryan Kwanten. The brand new trailer for the film has been revealed and we have it for you to take a look at:

Kidnapping Freddy Heineken sees Daniel Alfredson back in the director's chair - he is best known for bringing the Millennium trilogy of books by Stieg Larsson to the big screen.

When they're turned down for a bank loan that would let them go straight, low-level career criminals Cor Van Hout (Sturgess), Willem Holleeder (Worthington) and friends strike upon an idea to solve all of their problems in one fell swoop - the kidnapping of Freddy Heineken (Hopkins), heir to the brewing empire and one of the wealthiest men in the Netherlands.

Robbing banks to fund a meticulous operation, the group falls deeper into criminality before pulling off the plan and abducting Heineken and his driver, holding them both for 21 days before a ransom of 35 million Dutch guilder is paid - equivalent to 15 million Euros and still the largest sum ever paid as a ransom for a single person.

However, the reality of life on the run and the pressures of guilt soon begin to infect the group as it starts to unravel from within...

Sturgess and Worthington are two of the most exciting actors around at the moment and I can't wait to see them team up with the always fantastic Hopkins.